"No power limited at all. That really wasn’t hard on the car. I’ve driven it much harder without heat-soaking.” 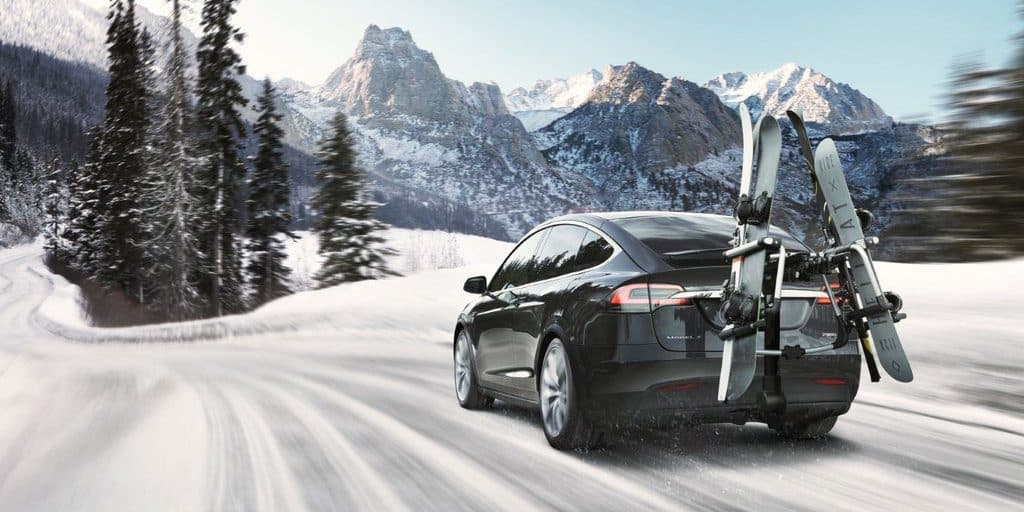 Dashing Through the Snow

It can sometimes be difficult to detail the capabilities of a vehicle beyond its range, top speed, and — when it comes to electric vehicles — their battery capacity and charge time. Of course, there are some things we just inherently know to be true, like how SUVs are better suited for carrying more people/objects, and all-wheel drive is one's best friend when driving in less-than-ideal terrain such a snow.

Snow was the challenge to overcome in a video posted to Facebook last week, in which a Tesla Model X manages to free up a stuck semi truck in Raleigh, North Carolina. Given the amount of snow the east coast was recently hit with, this probably won't be the last time a vehicle is hindered by snow.

The video, posted by Facebook user Kyle Conner, shows his friend Ben Spreen pulling the aforementioned semi truck up a hill to an area where it can get better traction. While the Model X itself is still sliding from side to side, it's clear that the SUV is able to perform far better than the massive semi behind it.

Take It to the Limit

In a comment on Facebook, Spreen said the Model X was more than ready for the task: "No power limited at all. That really wasn’t hard on the car. I’ve driven it much harder without heat-soaking.”

A description written beneath the video pokes fun at the Model X's towing limit of 5,000 lbs, and as Electrek noted the semi's weight should be well above the SUV's towing capacity. While the video doesn't show the end of the endeavor, Conner claims the Model X did make it up the hill.

We suppose Tesla could point to videos like these to show just how capable their SUVs are, and how well they handle in the snow. As of June 2017, the Model X was the safest SUV on the market, but "strong enough to pull a semi through the snow" is a much better selling point. Even for those who aren't facing inclement winter weather challenges, the SUV still has appeal: Tesla dropped the price of the Model X last year.