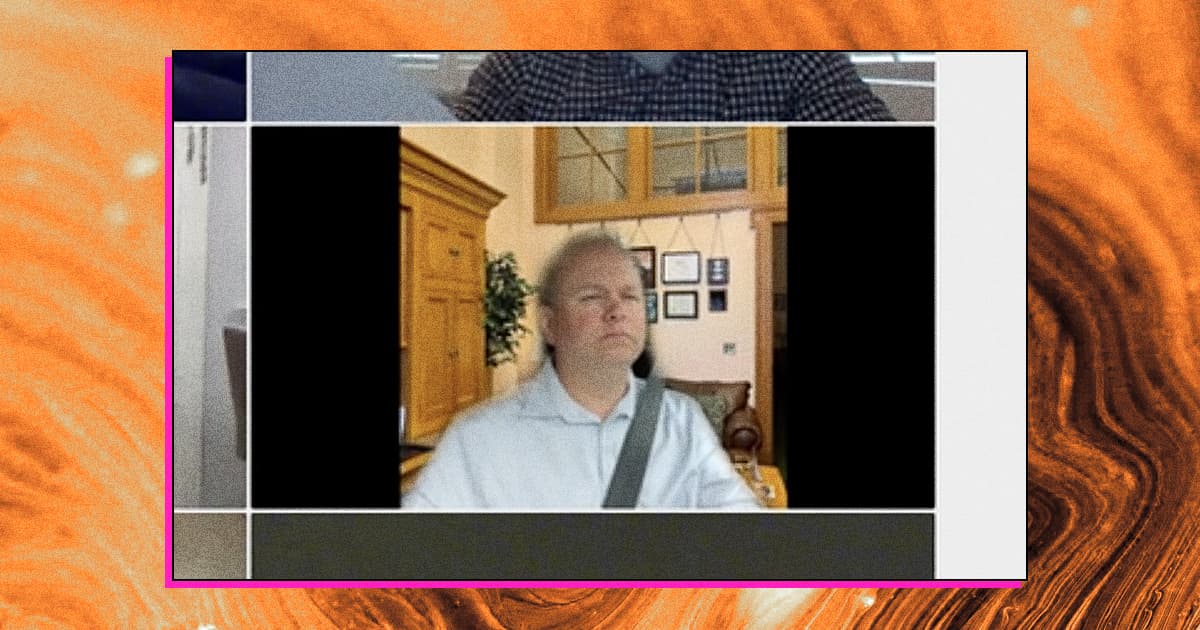 Are you telling me he wasn't wearing a seatbelt while checking his blind spots in his home office?

Are you telling me he wasn't wearing a seatbelt while checking his blind spots in his home office?

Ohio state senator Andrew Brenner tried (and failed, horrifically) to hide the fact that he was driving around town during a Monday meeting that was held over Zoom.

As Gizmodo points out, Brenner makes several attempts to hide the fact that he's taking the call from his car over the course of the brief video recording. Which you can and should watch. Because it's hilarious.

At first, Brenner appears to be seated in his stationary car. That's fine! We're all making do!

But then he repeatedly turns off his camera and grabs his phone to add a virtual background of a fake home office behind him. His camera turns off again, and when his video feed comes back, Brenner is still seated in his "home office" — except he's wearing a seatbelt, and looking over his shoulder to check his blind spots. For those who haven't caught on, he's obviously driving around at this point.

There's a certain irony in a politician broadcasting his disregard for driving safety live to all of his constituents while, as the Columbia Dispatch reports, the state senate to which he belongs is actively weighing a bill that would impose harsher penalties for distracted driving.

Even better, Brenner admitted to the Dispatch that this is a regular habit for him and that he doesn't think it's a big deal at all — totally glossing over the fact that he tried to hide it with a glitchy virtual background.

"I had two meetings that were back-to-back that were in separate locations," Brenner told the Dispatch. "And I've actually been on other calls, numerous calls, while driving. Phone calls for the most part but on video calls, I'm not paying attention to the video. To me, it's like a phone call."

"I was wearing a seat belt and paying attention to the road," Brenner added.

More on Zoom: Lawyer Accidentally Logs Into Court With Zoom Filter Turning Him Into Kitty Cat

Nissan's Brain-To-Vehicle Interface Could Make Driving Safer by Scanning Your Brain
1. 5. 18
Read More
CHON: Legacy
James Webb Discovers Coldest Ice in Known Universe, Harboring Molecules Essential For Life
Yesterday
Read More
Not a Scientist, Just Three Chatbots in a Trench Coat
Largest Publisher of Scientific Journals Slaps Down on Scientists Listing ChatGPT as Coauthor
Yesterday
Read More
+Social+Newsletter
TopicsAbout UsContact Us
Copyright ©, Camden Media Inc All Rights Reserved. See our User Agreement, Privacy Policy and Data Use Policy. The material on this site may not be reproduced, distributed, transmitted, cached or otherwise used, except with prior written permission of Futurism. Articles may contain affiliate links which enable us to share in the revenue of any purchases made.
Fonts by Typekit and Monotype.