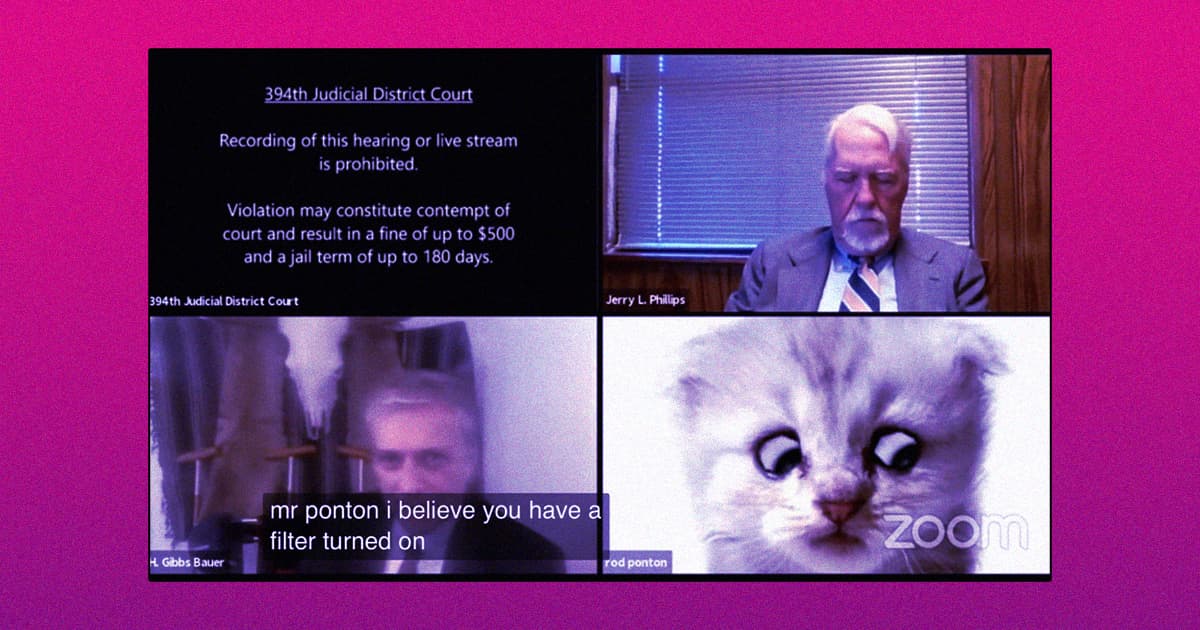 Texas lawyer Rod Ponton learned a very important lesson on Tuesday after accidentally joining a live court session with a Zoom filter on that turned his face into an animated kitty cat.

Videos of the hilarious event went viral on social media, showing the sad, teary-eyed kitten face marionetting Ponton's real-life movements and facial expressions — an entertaining example of the way we technology has come to mediate our social, professional and even legal encounters.

The judge was understandably perplexed by the feline surprise.

"Mr. Ponton, I believe you have a filter turned on in the video settings," said judge Roy Ferguson of the 394th judicial district of Texas.

Making the event even more hilarious was the fact that Ponton clearly had no idea how to turn the adorable face filter off.

"I can see that," Ferguson replied.

"IMPORTANT ZOOM TIP: If a child used your computer, before you join a virtual hearing check the Zoom Video Options to be sure filters are off," Ferguson later tweeted. " This kitten just made a formal announcement on a case in the 394th [judicial district of Texas]."

Ferguson was impressed the court proceedings didn't devolve into guffawing and giggles.

"Everyone involved handled it with dignity, and the filtered lawyer showed incredible grace," Ferguson tweeted in a follow-up. "True professionalism all around!"

As PCMag points out, Ponton was likely using a Snap Filter that can integrate with Zoom Video Options.

More on Zoom: Here’s How to Turn Into Deepfake Elon Musk During Zoom Meetings