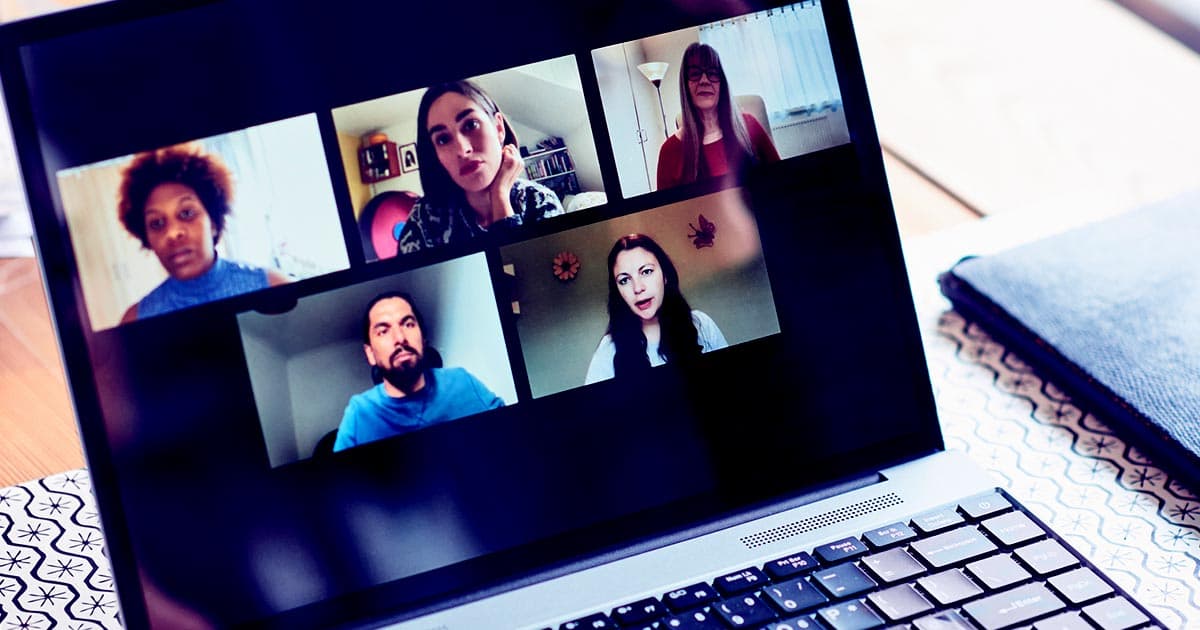 According to the Thomson Reuters Foundation, human rights experts are worried about Zoom's plans to develop emotion-detecting software for its products. In an April blog post, the company announced plans for the tech, arguing that emotion and sentiment surveillance could drives sales and productivity. Therefore, it should be measured on a scale.

It seems Zoom wants to report back to customers how people on the other side of the screen are feeling, and then encourage specific scores, kinda like that one scene in "A Clockwork Orange."

"If Zoom advances with these plans, this feature will discriminate against people of certain ethnicities and people with disabilities, hardcoding stereotypes into millions of devices," Caitlin Seeley George, director of campaigns at Fight for the Future, said in the letter.

Esha Bhandari, deputy director of the ACLU Speech, Privacy, and Technology Project, called the AI behind the tech junk science, according to the news outlet.

"There is no good reason for Zoom to mine its users' facial expressions, vocal tones, and eye movements to develop this creepy technology," she said in emails to Thomson Reuters.

Zoom didn't respond to the outlet's request for comment.

A Twitter thread posted yesterday captures perhaps the most ominous potential for the tech: allowing bosses to spy on employees.

Just imagine being written up at work for not being "engaged" enough in a Zoom meeting. It's especially cruel in an age where Zoom burnout is real. People working from home during the COVID pandemic often use Zoom to connect with coworkers, and it's exhausting to fix your face, hair and expressions in the privacy of your own home for hours on end.

What the heck, Zoom? This is not a great idea for anyone except bosses looking to squeeze more effort from already-tired workers.

More on mental health needs: People With Schizophrenia Are Skipping Meds and Making Peace With the Voices

Read This Next
Don't Look Away
College Students Say Crying In Exams Activates "Cheating" Eye Tracker Software
Hell on Earth
Internet Aghast at AI Facial Recognition Used to Identify Dead Russian Soldiers
Face It
Ukraine Reportedly Using Facial Recognition to Send Photos of Dead Russian Soldiers to Their Mothers
Brands We Love
This Free Noise Cancelling App Makes Calls And Video Conferences Crystal Clear
Brands We Love
This Free Noise Cancelling App Works on Both Ends of Calls and Video Conferences
More on Future Society
Hey Cousin
4:04 PM on the byte
Elon Musk Is Hiring Relatives at Twitter in Literal Nepotism
Muzzle Time
2:41 PM on the byte
Totalitarian Zuckerberg Bans Employees From Discussing Guns, Vaccines, Abortion
Ctrl C Ctrl V
Yesterday on the byte
Inspired by Twitter's Struggles, Facebook Considers Making an App Where You Can Post Text. Wait a Second...
READ MORE STORIES ABOUT / Future Society
Keep up.
Subscribe to our daily newsletter to keep in touch with the subjects shaping our future.
+Social+Newsletter
TopicsAbout UsContact Us
Copyright ©, Camden Media Inc All Rights Reserved. See our User Agreement, Privacy Policy and Data Use Policy. The material on this site may not be reproduced, distributed, transmitted, cached or otherwise used, except with prior written permission of Futurism. Articles may contain affiliate links which enable us to share in the revenue of any purchases made.
Fonts by Typekit and Monotype.