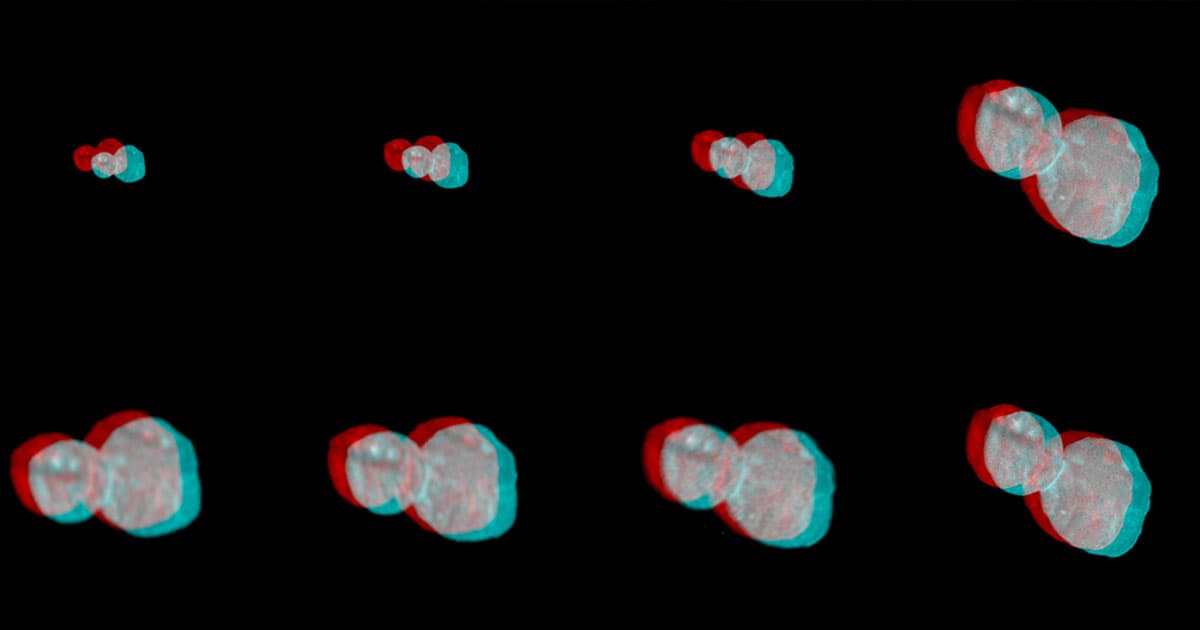 Watch The Most Distant Object Ever Observed Tumble Through Space

Now there's footage of the most distant object ever observed.

Now there's footage of the most distant object ever observed.

NASA scientists strung together still photos to create a video of Ultima Thule, the space rock first photographed by the New Horizons mission at the beginning of the year.

The clip, published on Tuesday, shows the snowman-like object — which is the object most distant object ever observed by a spacecraft — tumbling through the void of space.

Ultima Thule completely rotates about once every 16 hours, according to The Associated Press. The timestamp on NASA's new animation shows that it includes images taken between 8 p.m. on December 31 and 5 .a.m on January 1, stitched together to loop over a few seconds.

The space rock looks small in the clip, but Ultima Thule is actually a massive, 21 mile-long behemoth hurtling through space.

More on New Horizons: New Horizons Will Fly Past the Most Distant Object We’ve Ever Visited