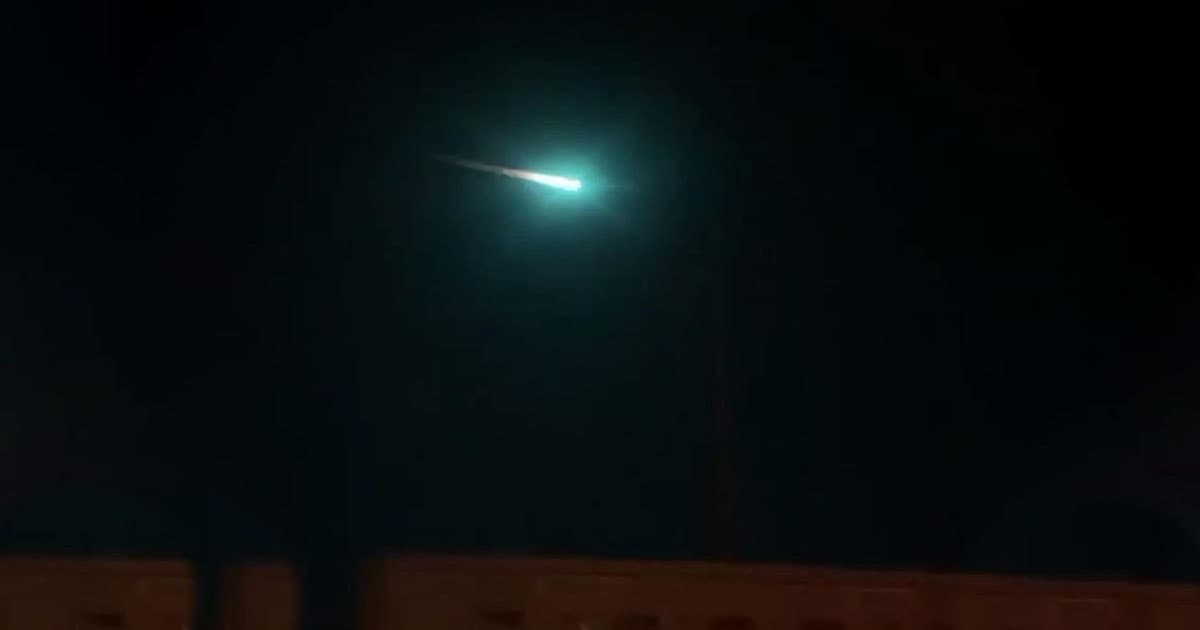 Astronomers are speculating about what it could have been.

Astronomers are speculating about what it could have been.

The unusual event left scientists speculating: was it space junk, a part of an old rocket that re-entered the atmosphere, or a meteorite that ventured too close to Earth? There seems to be more evidence for the latter, Live Science reports — but as of yet there are no definite answers.

Some suspect the fireball was some human-made object burning up, but Curtin University researcher Renae Sayers told the Australian Broadcasting Corporation that a burning satellite would have looked very different.

"What we tend to see, when objects like space debris, or if it's a satellite burning up, what we tend to see is sort of like crackles and sparks," Sayers told the ABC. "This is due to the fact that there is stuff burning up — so you've got solar panels going all over the place, you've got hunks of metal moving around as it's burning up through our atmosphere."

Sayers suggested that the fireball's "clean shot" and "gorgeous long tail" suggest that it was likely a meteorite entering the atmosphere — compare it, for instance, to these earlier meteorite encounters.

"The reason why this is really interesting and the jury is out with our scientists," Sayers told the ABC, "is that earlier this year we shared a paper of a grazing fireball that actually entered our atmosphere, burned 1,300km across the Australian sky and kicked back out into interstellar space, and that's what this looked like as well."

More on meteorites: Scientists Discover Protein in a Meteorite