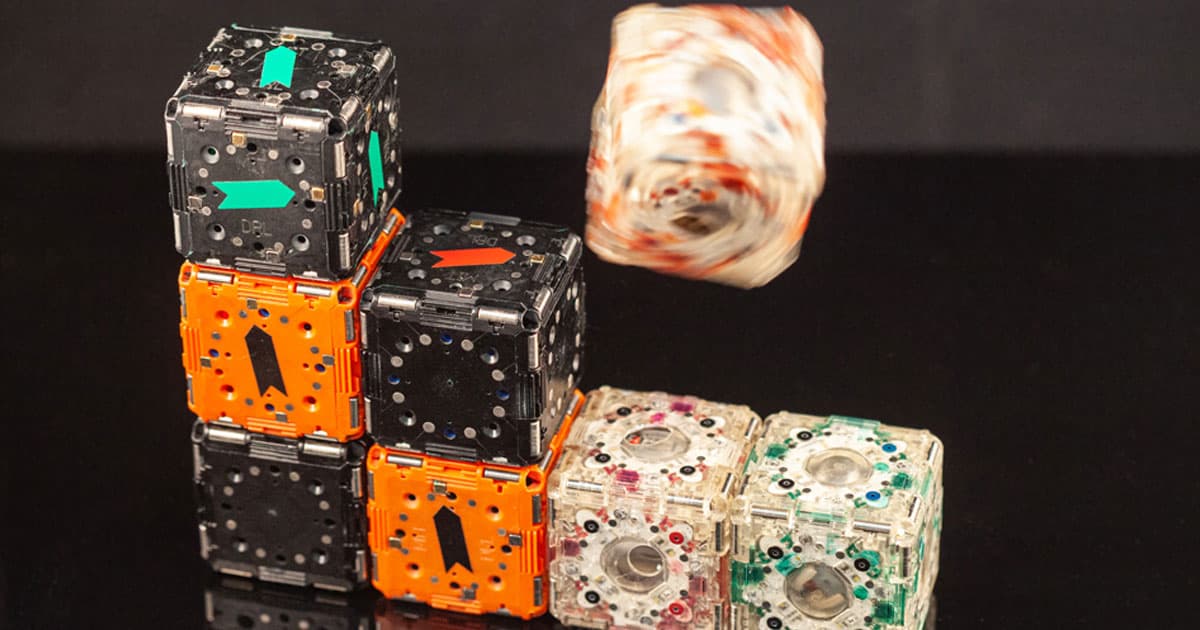 Researchers at MIT’s Computer Science and Artificial Intelligence Laboratory (CSAIL) have created autonomous robot cubes that can jump, spin, and assemble Minecraft-like structures on their own. One day, they say, the little M-Blocks might save your life.

The group plans to present a paper on its M-Blocks at IEEE’s International Conference on Intelligent Robots and Systems in November, but we'll let you in on a secret in advance: the robot cubes aren't actually powered by magic.

Inside each M-Block is a mechanical device called a flywheel that spins incredibly fast, and when it brakes, the momentum causes the robot to move. A barcode-like system on the cubes' faces allow them to identify and communicate with one another, while magnets on both their faces and edges let them link up.

The blocks can already form basic shapes. Eventually, though, groups of the cubes could take on far more complex configurations, including ones that might come in handy during disaster scenarios.

"In the future, you can envision simply throwing M-Blocks on the ground," MIT News wrote, "and watching them build out a temporary staircase for climbing up to the roof, or down to the basement to rescue victims."