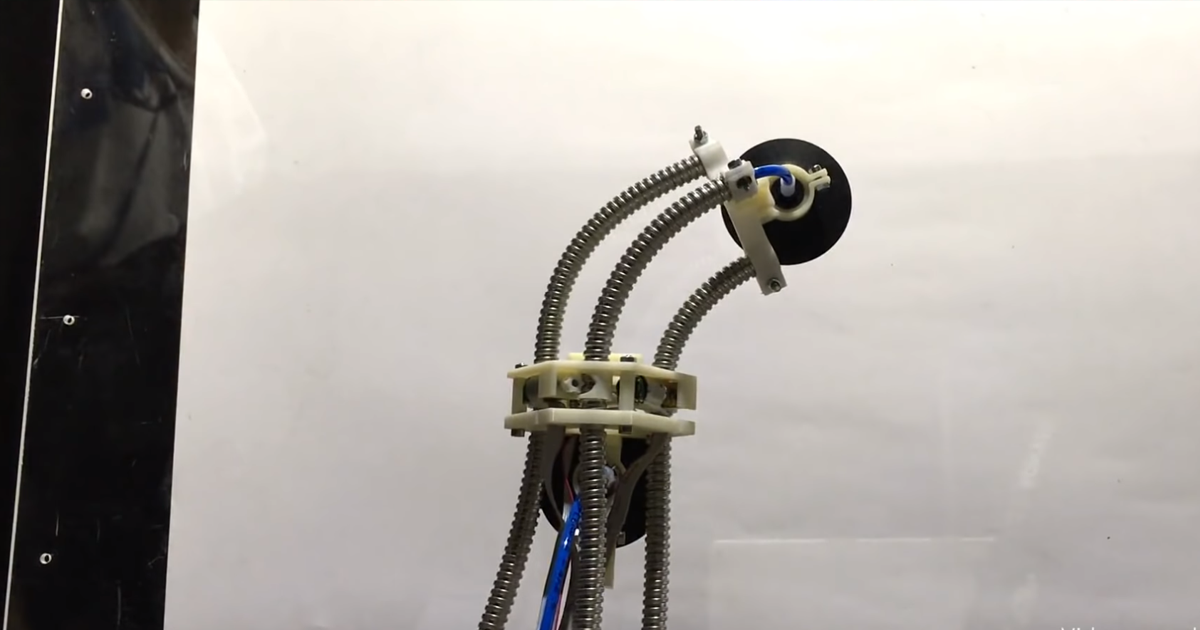 Watch a Leech-Like Robot Crawl Its Way up a Wall

The bot's creators think it could help with search and rescue missions.

The bot's creators think it could help with search and rescue missions.

Inspired by the unlikely pairing of shower hoses and leeches, researchers from Japan and the U.K. have created what they claim is a first-of-its-kind robot — one that's soft, flexible, and able to move freely on a wall.

"I came up with the idea in the bathroom of my house," Toyohashi University of Technology researcher Ayato Kanada said in a press release. "The shower hose went wild as if it had a life when I inadvertently turned on the faucet at maximum. Then an idea occurred to me that if I could manipulate a hose, I might be able to make a robot with dynamic movement of living creature."

The living creature Kanada and his colleagues decided to mimic is evident in their bot's name — Longitudinally Extensible Continuum-robot inspired by Hirudinea, or LEeCH — and they describe its creation in a paper published recently in the journal Soft Robotics.T

The robot features a leech-inspired suction cup at each end of a long, flexible body. The researchers fashioned the body out of shower hoses, which move through a gear while vacuum pumps control the robot's suction cups.

This design gives LEeCH its ability to not just climb vertical walls, but climb over them to reach the opposite side — a skill the researchers suggest could one day prove useful for everything from building inspections to search and rescue missions.

More on bio-inspired robots: “Biobots” Will Serve Alongside South Korean Soldiers by 2024