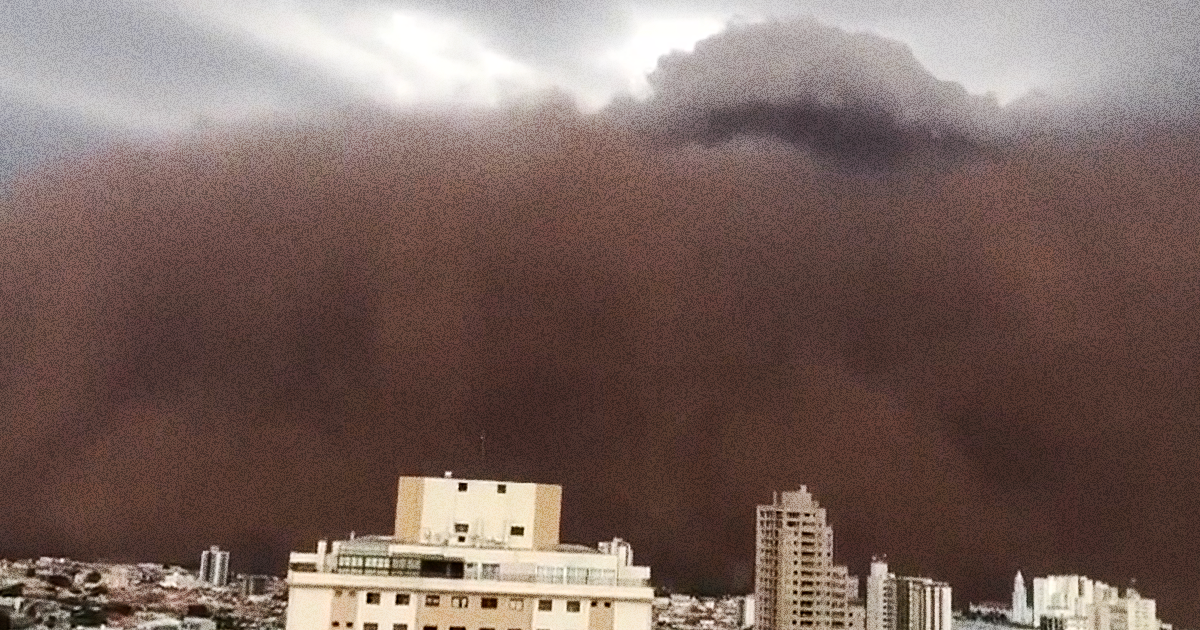 A gigantic dust storm engulfed several Brazilian cities on Sunday after the region went without rain for 100 days.

Apocalyptic video footage shared to Reddit shows a massive dust storm towering over the city of São Paolo, reaching heights that seem to be several times higher than the tallest buildings. The massive dust storm, a byproduct of severe drought is an alarming sign for the area's ecological health, especially given the rampant destruction of the Amazon rainforest through ongoing deforestation.

Additional footage shows the sky turning a dark red and people fleeing the area as the storm sets in and blankets the city.

São Paolo's 12.3 million residents had to endure strong, biting winds as the dust storm set in. As the original post on Reddit pointed out, this sort of storm is unheard of for the region, making the storm's size and severity all the more concerning.

Ironically, the dust storm was followed and partially quelled by a massive rainstorm — the first in months — that caused widespread flooding after it mixed with all of the dust, according to the UAE-based news outlet Gulf Today.

It's not clear that the dust storm was directly caused by climate change, but the arid conditions and long-lasting drought that allowed a storm to accumulate in the first place are certainly linked to rising temperatures and ecological collapse. Hopefully, as the world grapples with the challenges of climate change, these storms won't become a regular occurrence.

More on São Paulo: Devastating Fires in Amazon Rainforest Can Be Seen From Space