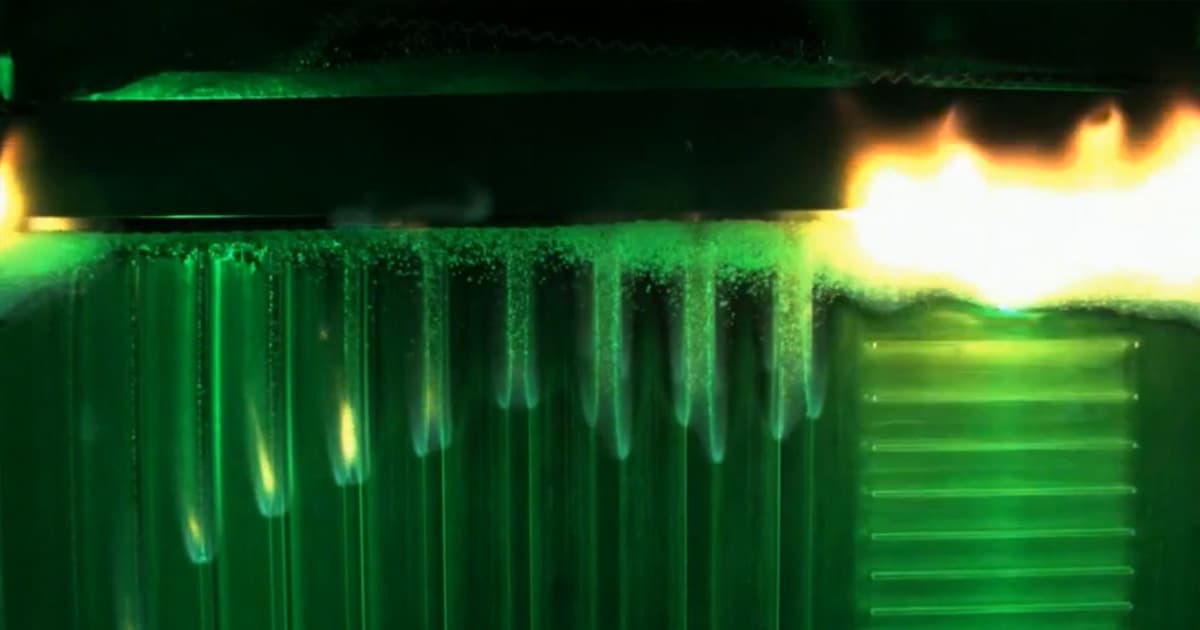 Watch a Fire Break Out on Board a NASA Spacecraft

To make sure that future spacecraft don't run the risk of catching fire on the way to the Moon, NASA is conducting a series of Spacecraft Fire Safety Experiments (SAFFIRE) experiments on board a used cargo spacecraft.

And yes, the experiments involve igniting actual, controlled fires on the interior of the uncrewed spacecraft, as seen in a video uploaded by the space agency.

The latest experiment, conducted on January 13, was the fifth of NASA's SAFFIRE experiments. During the experiment, robotic equipment ignited several fires inside a Cygnus cargo spacecraft built by Northrop Grumman.

The spacecraft departed the International Space Station on January 6 after delivering supplies. A week later, NASA set the inside on fire.

There's no better place to test out next-gen fire suppression equipment and fireproof materials — and of course study the way fire behaves in microgravity — since these cargo spacecraft are destined to burn up upon re-entry through the Earth's atmosphere anyway.

Usually, they tend to be filled with a bunch of trash from the space station, as SlashGear points out.

This latest SAFFIRE experiment was a bit different from the four preceding it. This time, NASA set several fires in an oxygen-rich atmosphere to simulate the conditions that astronauts would experience during NASA's upcoming Artemis missions to the Moon.

"The elevated oxygen levels show more energetic flames, which would have a larger impact on the vehicle," Gary Ruff, SAFFIRE project manager at NASA, said in a statement. "The Saffire-V data will allow us to model fire scenarios and increase our confidence in safety strategies."

More on SAFFIRE: NASA Is Setting a Fire Inside a Spaceship