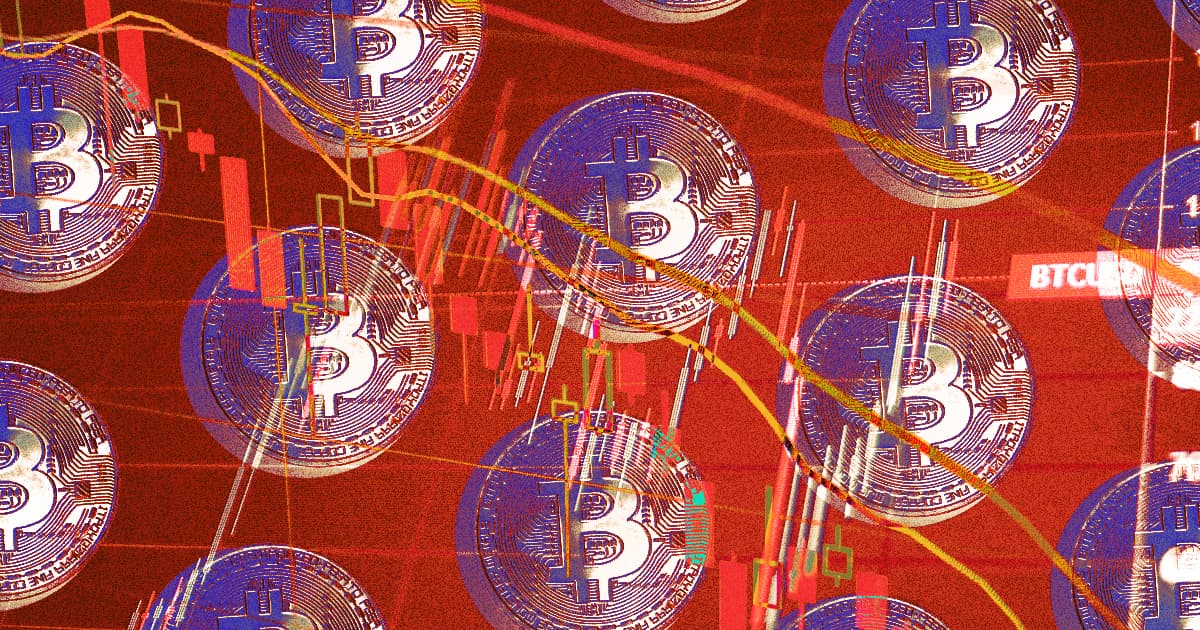 Things seem to be back to normal.

Things seem to be back to normal.

On Monday, some crypto investors may have noticed that the price for Bitcoin plummeted down to about $5,400.

That would be catastrophic, coming down from around $50,000 earlier this month. But the price never actually dropped — at least not that much. The precipitous devaluation was a glitch on Pyth, a crypto data platform that's contributed to by several finance giants on Wall Street, Bloomberg reports. It's still not clear how much the glitch — and investors' possible responses to it — had on Bitcoin's real price, which also took a hit, but it's still a shocking error for a platform that's used by such major players.

In reality, Bitcoin's price is right around $44,000 as of Wednesday afternoon. That price comes as part of a notable drop over the course of the last week, but even that hallmark crypto volatility is nothing like what Pyth users would have seen before the glitch was corrected on Tuesday.

The latest update from Pyth is a tweet from Monday saying that engineers were looking into the issue. It's hard to tell if the glitch had an impact on Bitcoin's price, if it had one at all, according to Bloomberg.

A glitch on one platform can easily be exposed by double-checking the data anywhere else, so it's unlikely that most people using Pyth would have panicked and dumped their crypto.

However, some automated systems relying on the data did automatically sell off some Bitcoin in response to the perceived sudden drop in price, according to a tweet from the Bonfida network.

READ MORE: Bitcoin Crashed to $5,402 in Error on Network Backed by Quants [Bloomberg]

Brands We Love
Be Your Own Bank With This Next Generation Crypto Wallet
9. 9. 21
Read More
Brands We Love
This Bitcoin IRA Lets You Easily Invest in Cryptocurrency for Your Retirement
1. 7. 21
Read More
Brands We Love
Blockchain Is Good for More than Just Crypto. These Courses Show You How to Use It
5. 16. 20
Read More
+Social+Newsletter
TopicsAbout UsContact Us
Copyright ©, Camden Media Inc All Rights Reserved. See our User Agreement, Privacy Policy and Data Use Policy. The material on this site may not be reproduced, distributed, transmitted, cached or otherwise used, except with prior written permission of Futurism. Fonts by Typekit and Monotype.