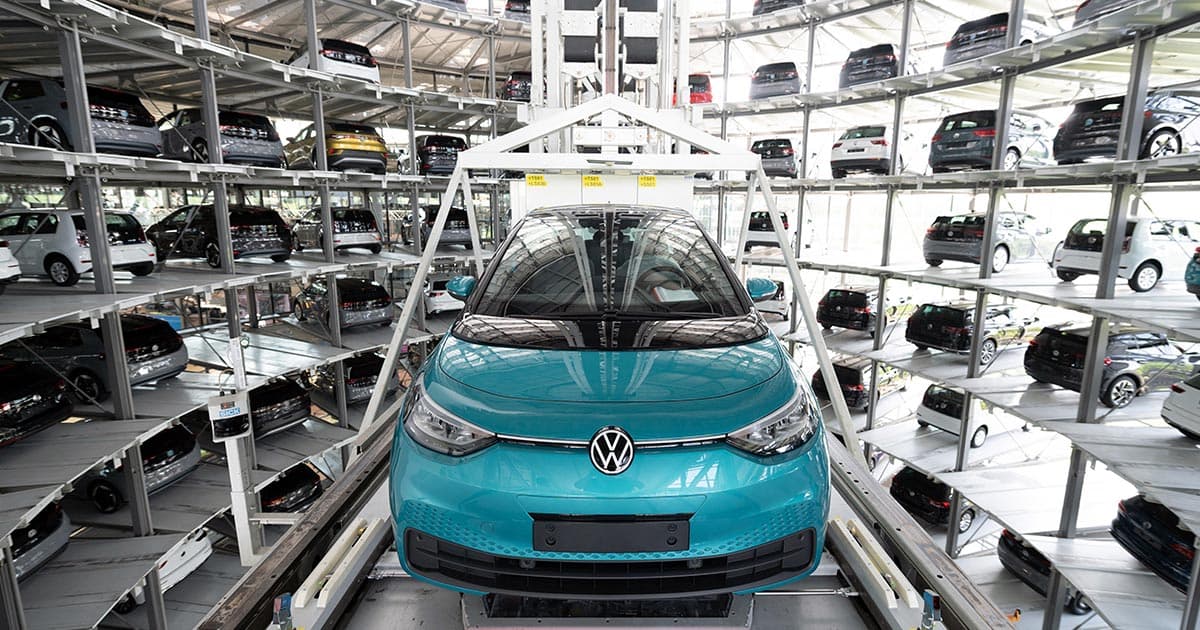 They're pretty far behind right now, but that could change by 2025.

They're pretty far behind right now, but that could change by 2025.

Look out, Tesla — Volkswagen may soon be the new sheriff in town when it comes to EV sales.

During an interview with CNBC at the World Economic Forum in Davos, Switzerland, Volkswagen CEO Herbert Diess said that as soon as the company clears up those pesky global supply chain issues, it will become the biggest EV maker in the world, leaving Tesla behind within the next three years.

It's a big claim — Tesla has a massive head start — but given the company's recent advancements, it's not out of the question.

While he doesn't expect the automotive supply chain to completely rebound by year's end — the global semiconductor shortage is still crushing the car industry — Diess is seeing dollar signs.

"I would say that we would see an alleviation of this situation towards mid-year and second half we should be in better shape," the Volkswagen CEO told CNBC, "if the situation is not getting any worse, which I don’t think so."

Diess talks a big talk, but VW has indeed turned out to be a serious competitor to Tesla, taking in ten percent of 2021 all-electric car sales worldwide, the third highest after Chinese vehicle sales leader SAIC Motor. Tesla came in at number one, with a considerable 21 percent market share.

In other words, in the Western market, VW is Tesla's biggest competitor when it comes to EVs, so it's not impossible for it to overtake Elon Musk's car venture.

VW has its work cut out, though: Tesla sold nearly a million EVs in 2021 while VW sold just 453,000, meaning that it has a long way to go over the next two-and-a-half years.

More on Tesla: Tesla Storing Thousands of Employees At "An Old Military Camp" in China