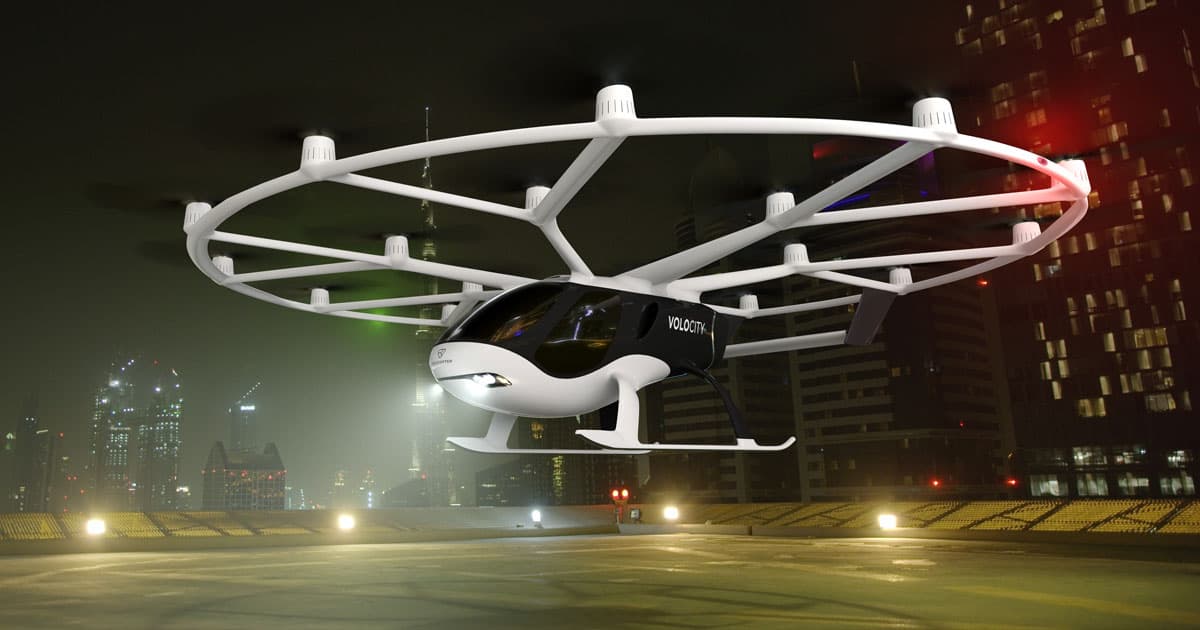 It already has a public flight demo in the works.

It already has a public flight demo in the works.

On Wednesday, German startup Volocopter unveiled the aircraft it hopes will service the world's first on-demand air taxi service — and it is wild-looking.

The sleek black-and-white VoloCity has enough room for two passengers and their hand luggage, Volocopter wrote in a press release. The electric vertical take-off and landing vehicle also features a whopping 18 rotors with aerodynamically shaped beams and a new "stabilizer" to — as you might guess — provide more stability during flight.

Volocopter claims the VoloCity can fly at a speed of 110 kilometers per hour (68 miles per hour), with a range of 35 kilometers (21.7 miles). That might not seem terribly far, but considering that Volocopter's goal is for the aircraft to ferry people around cities, it should be enough to get riders where they need to go.

Perhaps even more exciting than the VoloCity's look and capabilities, however, is the fact that it meets local safety standards — in other words, this is a craft that could legally service customers.

"[The VoloCity] is rigorously designed to meet the demands of Urban Air Mobility," Volocopter CEO Florian Reuter said in the press release, "and incorporates all requirements of the SC-VTOL certification standard established by EASA in July 2019."

Volocopter now plans to work on building up the infrastructure to launch a commercial air taxi service, including take-off and landing ports — and for those who can't wait to see the VoloCity fly, the startup will hold a public flight demo in Singapore in the fourth quarter of 2019.