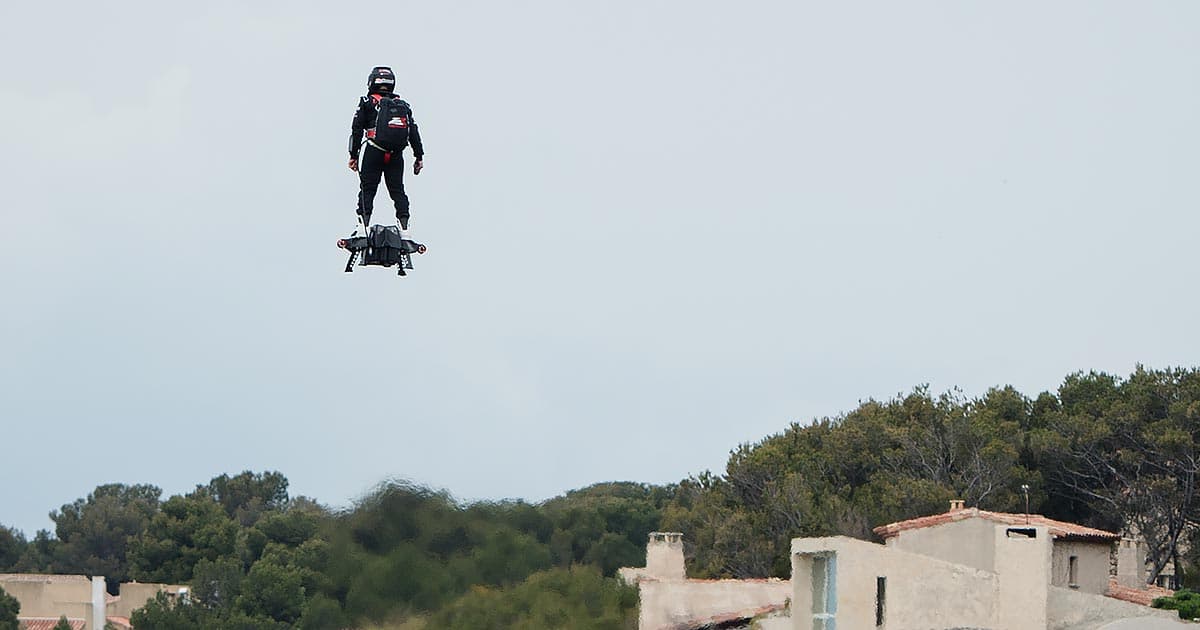 French Jetpack inventor Franky Zapata, who made history in 2019 by becoming the first person to cross the English channel on a jet-powered hoverboard, lost control over his device during a recent flight demonstration and fell roughly 50 feet into Lake Biscarosse near the west coast of France.

Fortunately, Zapata is recovering well at a nearby hospital, the BBC reports.

Footage shared on social media shows Zapata gaining altitude as he spins faster and faster around his own axis, before plunging uncontrollably into the water.

Unsurprisingly, upcoming demonstration flights have been cancelled — a terrifying reminder of the inherent dangers of riding jet-powered flying devices.

The special "flyboard" Zapata designed features five micro-turbines, allowing him to accelerate to speeds of up to 87 mph.

Zapata's eponymous company shows off the Flyboard Air on its website, calling it a "turboprop board capable of unprecedented mobility."

The company also claims it's the "most compact redundant aircraft ever created."

"This machine can lose one engine and still fly," it wrote. "If it loses two engines, the pilot will perform a controlled landing."

It's unclear if Zapata was flying this particular product during his recent crash. The website does, however, claim that Franky Zapata "is the only rider" of the tech.

Given Zapata's unfortunate plunge, the company clearly still has some kinks to work out.

But we wish the inventor a speedy recovery and hope he can take to the skies once again soon.

More on Zapata: Someone Carrying a Rifle Just Flew Over Paris on a Hoverboard