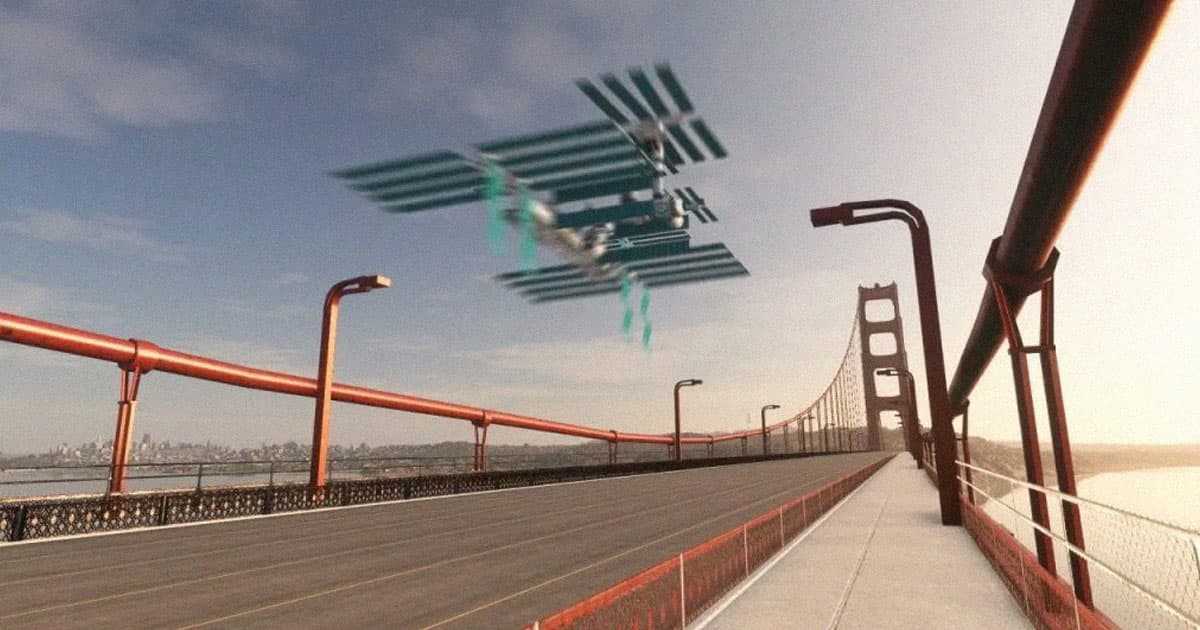 Blink and you'll miss it.

Blink and you'll miss it.

What would happen if the International Space Station was orbiting the planet not hundreds of miles above the surface, but right up close, at the altitude of, say, a commercial jetliner?

In a new video, airplane enthusiast Benjamin Granville used the popular game Microsoft Flight Simulator to show what the space station would look like at just 10,000 feet in altitude— and the results are equal parts amazing and terrifying.

The video shows the ISS blasting across the sky at ludicrous speeds — roughly 17,150 miles per hour, or five miles per second to be exact — in a stunning demonstration of blistering velocity that objects in low-earth orbit need to maintain.

In other words, if you were standing below and trying to take a picture of it, you'd need to be extremely well prepared as you'd only have a fraction of a second to hit the shutter.

Of course, such a maneuver could never be pulled off in real life. Not only would the space station need to overcome a monstrous amount of air resistance, it would also need a ludicrous amount of propulsion to maintain its velocity.

And that's not to mention the fact that, unlike an airplane, the space station would simply fall out of the sky and succumb to gravity, since it's not designed to glide through the air.

But it's a fun demonstration, nonetheless, of the extraordinary speed of an object that — from far away, at least — seems to be peacefully drifting through the night sky.

READ MORE: This is What the ISS Would Look Like if It Flew at Airplane Altitude [PetaPixel]

More on the ISS: Cargo Spacecraft Breaks Down En Route to Space Station