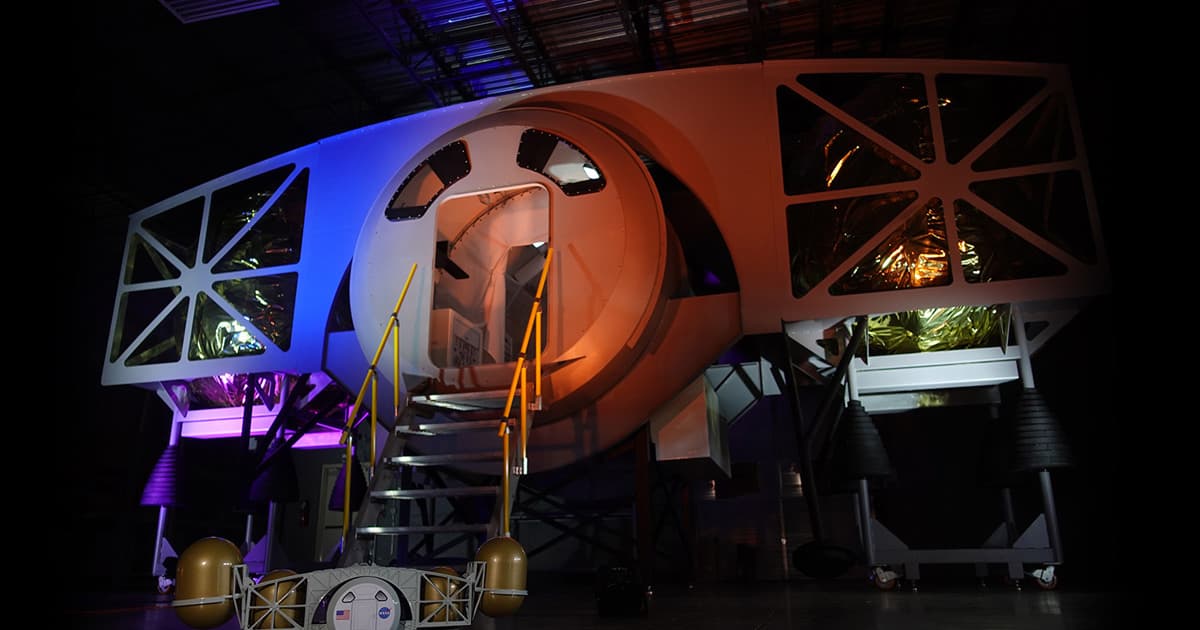 Landing on the Moon

Is this the lander that will carry NASA astronauts to the lunar surface in 2024?

Is this the lander that will carry NASA astronauts to the lunar surface in 2024?

Alabama-based military contractor Dynetics has revealed a full-scale model of its human landing system (HLS), designed to return NASA astronauts to the Moon as early as 2024 as part of the agency's Artemis program.

The model, about the same size as NASA's Apollo moon lander, is meant to provide engineers with insight into how astronauts will interact with it during actual missions to the Moon. A flashy video even takes us inside it.

This model is definitely not going anywhere. As the video shows, the different control modules meant to be used by astronauts to control the lander are essentially pieces of foam taped to the inside walls of the model, which can be easily moved around to find the best layout.

Dynetics promises its reusable lander is affordable and will dramatically reduce the costs of lunar exploration. As part of that effort, the landing system is designed to carry a wide variety of payloads including habitats, science experiments, and pressurized rovers.

The news comes after HLS contract competitor Blue Origin delivered a full-scale prototype of its human landing system to NASA's Johnson Space Center in August. SpaceX is also still under contract with the agency to develop a Starship configuration capable of landing on the Moon.