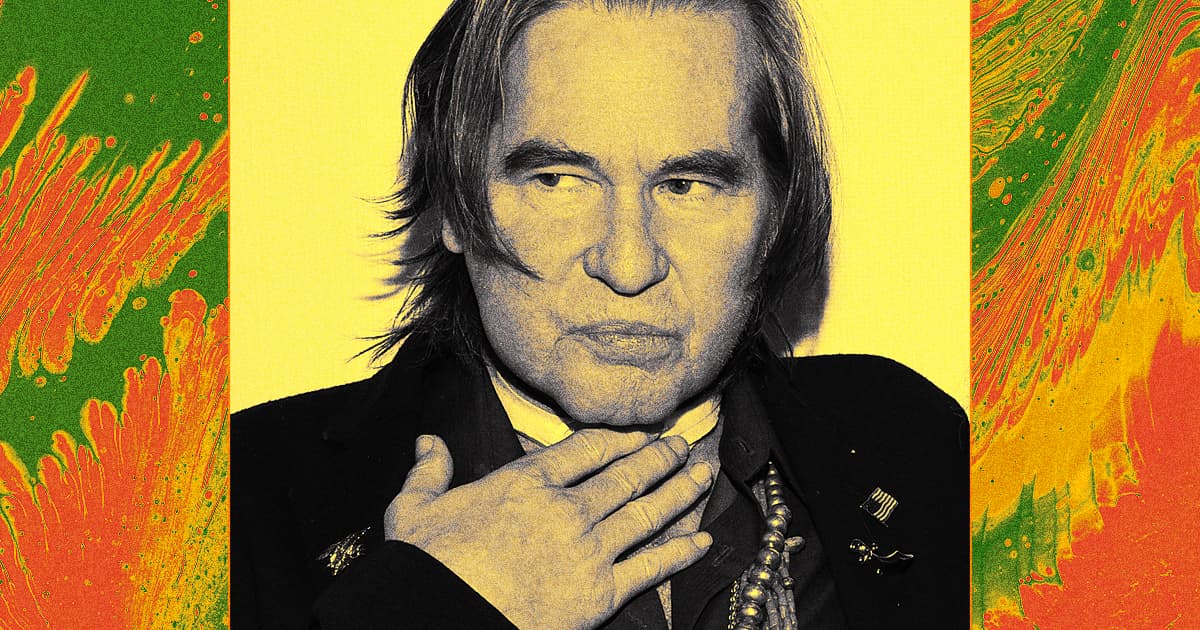 "After getting treated, my voice as I knew it was taken away from me."

"After getting treated, my voice as I knew it was taken away from me."

After actor "Top Gun" actor Val Kilmer was treated for throat cancer, he lost the ability to speak clearly. But now he can do so again — at least in the form of an AI algorithm that learned to mimic his voice with startling accuracy.

Kilmer worked with the AI developer Sonantic to train an algorithm on old recordings of his voice to synthesize new speech, according to TheWrap. It's a similar idea to how the creators of the documentary "Roadrunner" used an algorithm to synthesize the late Anthony Bourdain's voice (except this time it was actually done with Kilmer's blessing and permission).

The voice is a little rough around the edges — if you're listening closely, you can tell that it's not actually a human making the noises that you're hearing. But if you didn't already know that it was a speech synthesis algorithm talking to you, it's reasonable to suspect that you'd be fooled by the tech.

"I was struck by throat cancer," Kilmer said through the algorithm in a short promotional video. "After getting treated, my voice as I knew it was taken away from me."

"People around me struggle to understand me when I'm talking," the digitally-constructed voice continued. "But despite all that, I still feel I'm the exact same person. Still the same creative soul."

Ironically, Kilmer was also featured in a recent documentary, "Val." But unlike "Roadrunner," the film doesn't use any AI reconstructions, according to TheWrap, relying on old footage and new lines recited by Kilmer's son, Jack, instead.

READ MORE: Listen to Val Kilmer Use an AI Voice Model to Speak About His ‘Creative Soul’ (Video) [TheWrap]