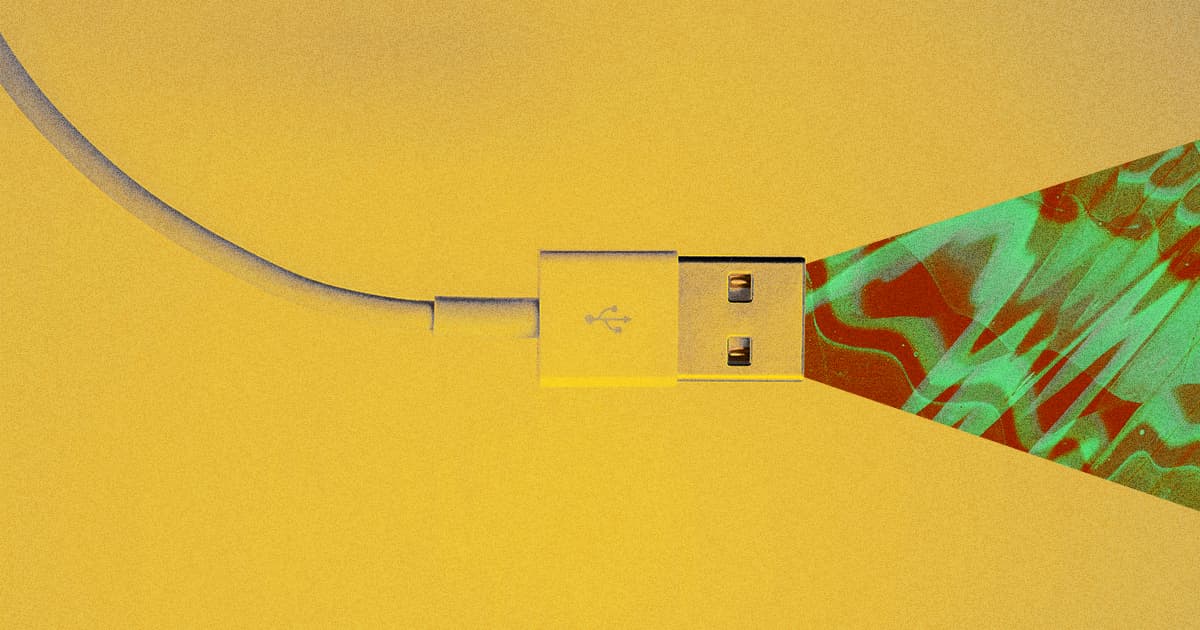 Next time you buy a USB cord — or take a free one from a kiosk at an event — you'll want to make sure it doesn't spy on every single thing you type.

A cable that can do just that is now available, thanks to a pseudonymous cybersecurity researcher who goes by MG. MG told Motherboard that the so-called OMG cable looks just like any other, except for a tiny computer that can automatically record every single keystroke you take while it's plugged in and transmit them to a hacker.

"There were people who said that Type C cables were safe from this type of implant because there isn't enough space. So, clearly, I had to prove that wrong. :)," MG told Motherboard.

MG has already started to mass-produce the OMG cable and sell it through the hacking community shop Hak5 — ostensibly for security research purposes rather than anything willfully malicious. As the product listing describes, the cable contains a web server, radio, and tiny processors all hidden within the wire itself.

In a test run, Motherboard reporter Joseph Cox used the OMG cable — specifically a USB-C to Lightning cable — to connect his keyboard to his Mac computer. A demo video shows a phone running the cable's interface capturing every word that he typed.

MG told Motherboard that a hacker can run the interface from any web browser after connecting to the cable's WiFi hotspot — a process that seems alarmingly straightforward for how much information it could expose. Needless to say, Apple, which developed lightning cables, ignored Motherboard's request for comment.

READ MORE: This Seemingly Normal Lightning Cable Will Leak Everything You Type [Motherboard]