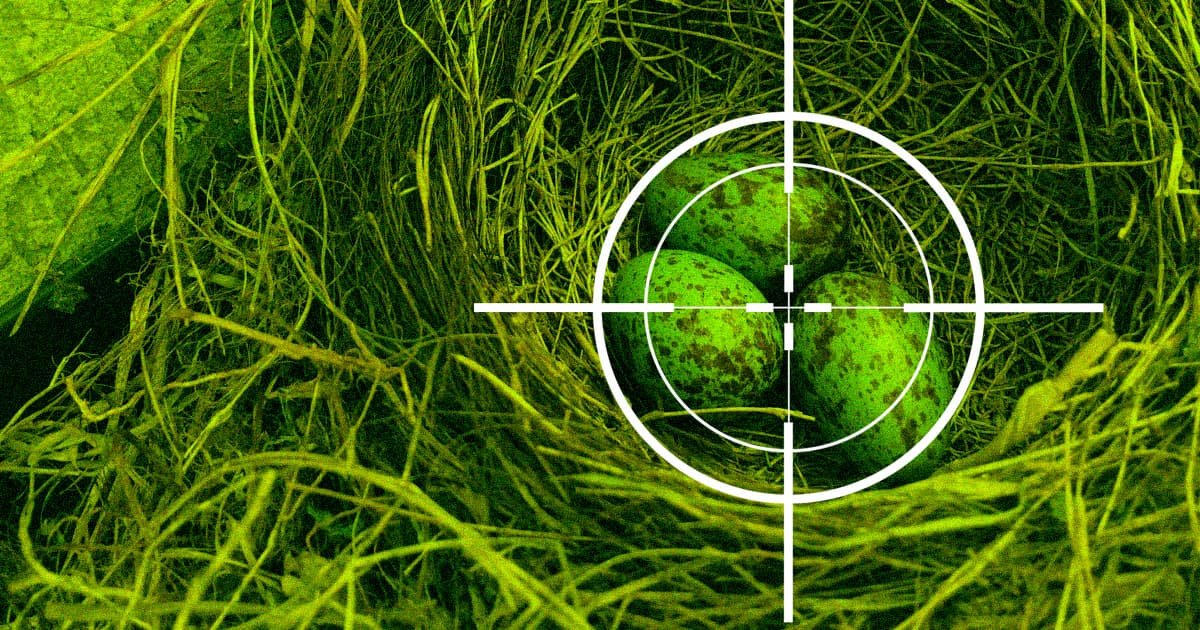 Autonomous drones will seek and destroy bird nests near airfields.

Autonomous drones will seek and destroy bird nests near airfields.

The US Navy and a company called Hitron Technologies are developing a new autonomous killer drone designed specifically to seek and destroy the Navy's ultimate foe: birds.

The drones are a counterattack against the dangers of bird strikes at and around airfields, New Scientist reports, which can damage planes and have led to crashes and forced landings in the past. The drones, which are currently being tested in a lab while they await permits for field tests, will hunt out bird nests and spray eggs with an oil that prevents them from hatching.

Coating eggs in oil essentially deprives the bird embryos of oxygen, killing them without physically destroying the eggs, which can motivate parent birds to lay more.

Oiling is considered a humane way of controlling bird populations by the Humane Society of the United States, according to New Scientist. But experts have called into question whether the autonomous drones could effectively oil an egg, which would need to be entirely coated — including the underside — in order for it to work.

"Egg oiling can cause welfare issues for the adult birds and, in addition, the oiling needs to be done carefully," Graham White, head of ecology at the UK's Royal Society for the Protection of Birds, told New Scientist.

And, he adds, attacking these nests risks triggering all-out-war between bird and machine.

"Adult gulls would very likely attack the drone, risking themselves and the drone," White said.

FROM THE DEPT. OF THINGS TO BUY
The Best Science Gifts of 2023
10. 19. 22
Read More
Drone Tanker News
The US Navy Just Used a Drone to Refuel a Fighter Jet in Midair
6. 7. 21
Read More
Rock 'Em Sock 'Em
The Head of US Space Command Fears China's Giant Robot Arms
5. 24. 21
Read More
+Social+Newsletter
TopicsAbout UsContact Us
Copyright ©, Camden Media Inc All Rights Reserved. See our User Agreement, Privacy Policy and Data Use Policy. The material on this site may not be reproduced, distributed, transmitted, cached or otherwise used, except with prior written permission of Futurism. Articles may contain affiliate links which enable us to share in the revenue of any purchases made.
Fonts by Typekit and Monotype.