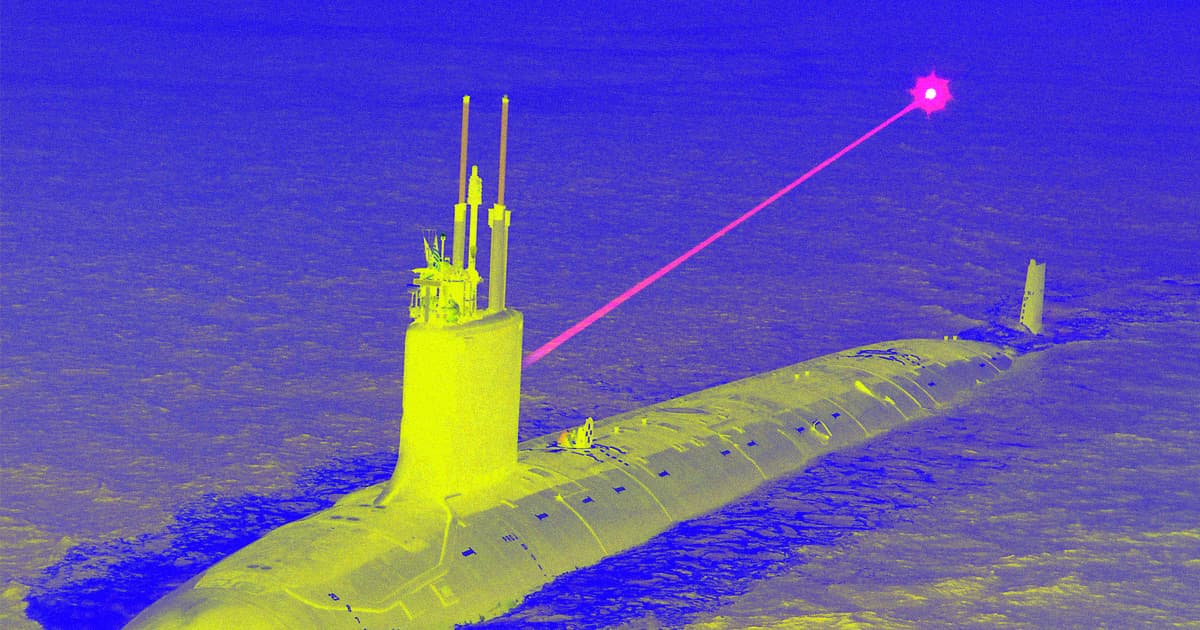 The US Navy Wants to Arm Nuclear Submarines With Laser Cannons

The US Navy is planning to arm nuclear submarines with high-energy laser weapons, according to Popular Mechanics.

But there’s just one problem, according to the magazine: Laser weapons basically don’t work underwater, where laser light scatters and gets absorbed almost immediately.

While public documents reveal certain details about the designs the Navy has been testing since at least 2011, the Navy has remained tight-lipped about the execution or purpose of such a system, PopMech reports. One theory, according to the magazine, is that the Navy plans to integrate the lasers into the submarines’ periscopes and use them as surface weapons.

It wouldn’t be the US military’s first foray into laser weapons. Among other efforts, the Navy has already installed a laser cannon on one of its destroyers, the US Army has signed contracts to design a military truck-mounted laser weapon, and the Air Force is testing laser weapons for fighter jets.

Based on upgrade documents, the upcoming laser system won’t be mounted on Navy submarines for at least another three years, according to PopMech.

READ MORE: The Navy Is Arming Nuclear Subs With Lasers. No One Knows Why. [Popular Mechanics]

More on laser weapons: The U.S. Military Is Buying a $130 Million Laser Weapon

Drone Tanker News
The US Navy Just Used a Drone to Refuel a Fighter Jet in Midair
6. 7. 21
Read More
Found Footage
Pentagon Confirms That Leaked Video Is Part of UFO Investigation
4. 9. 21
Read More
Dragonfire Energy
The UK’s New “Dragonfire” Laser Weapon Is Weirdly Steampunk
5. 1. 19
Read More
+Social+Newsletter
TopicsAbout UsContact Us
Copyright ©, Camden Media Inc All Rights Reserved. See our User Agreement, Privacy Policy and Data Use Policy. The material on this site may not be reproduced, distributed, transmitted, cached or otherwise used, except with prior written permission of Futurism. Fonts by Typekit and Monotype.