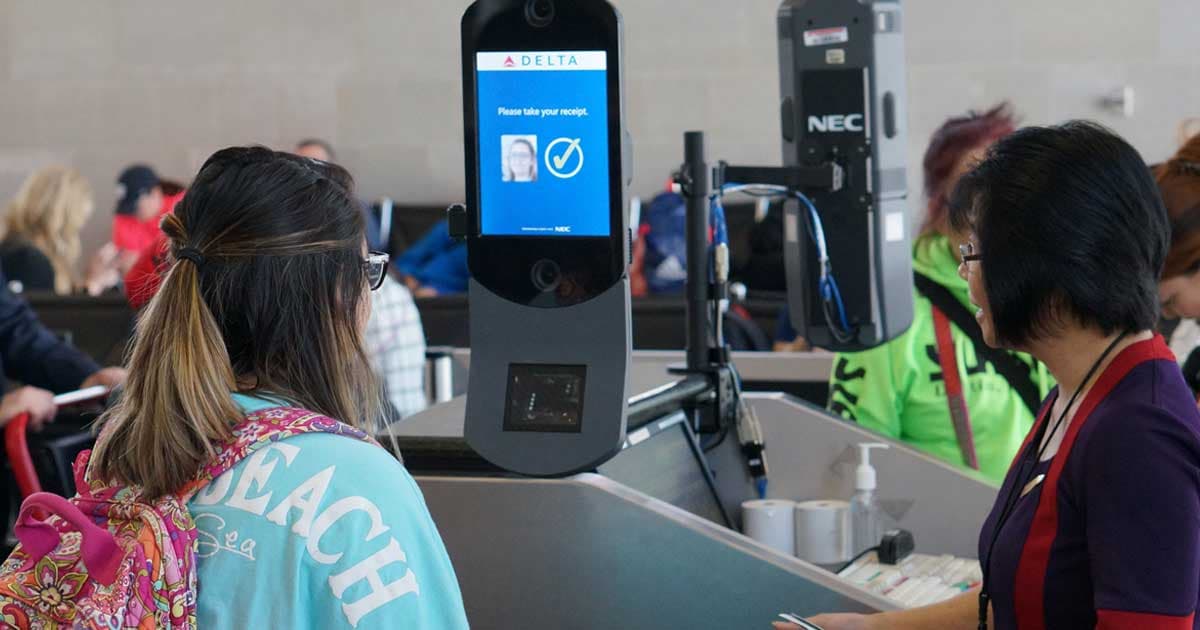 U.S. Homeland Security Wants to Scan the Face of All Travelers

The plans are already being met with sharp criticism.

The plans are already being met with sharp criticism.

The U.S. Department of Homeland Security (DHS) is set to propose regulations next July that would require all travelers to consent to face scans when entering or leaving the U.S., according to Reuters.

The idea is to cut down on the number of fraudulent uses of travel documents and help catch criminals and suspected terrorists. But unsurprisingly, the plans are already being met with sharp criticism.

"Travelers, including U.S. citizens, should not have to submit to invasive biometric scans simply as a condition of exercising their constitutional right to travel," senior policy analyst at the American Civil Liberties Union Jay Stanley told Reuters.

The U.S. Customs and Border Protection (CBP), the largest law enforcement arm of the DHS, has already been testing technologies that involve collecting biometric data from foreign travelers. According to a DHS report released in April, the CBP's Biometric Exit program will be dramatically be expanded to cover 97 percent of outbound passengers within four years at U.S. airports.

An even more controversial project first reported on by The Verge in 2018 involved U.S. border agents scanning faces of drivers at land crossings without even receiving consent first.

More on biometric scans: US Airports Will Scan 97% of Outbound Flyers’ Faces Within 4 Years

Meet CISA
The US Finally Has a Defense Agency Devoted to Cybersecurity
11. 20. 18
Read More
LIfe Finds a Way
Billionaire Private Astronaut Suggests Reviving Dinosaurs
2:37 PM
Read More
Lunar RGB
NASA Shows Off Artemis "Party Mode," Powered by Amazon (TM) Alexa (TM)
Yesterday
Read More
+Social+Newsletter
TopicsAbout UsContact Us
Copyright ©, Camden Media Inc All Rights Reserved. See our User Agreement, Privacy Policy and Data Use Policy. The material on this site may not be reproduced, distributed, transmitted, cached or otherwise used, except with prior written permission of Futurism. Articles may contain affiliate links which enable us to share in the revenue of any purchases made.
Fonts by Typekit and Monotype.