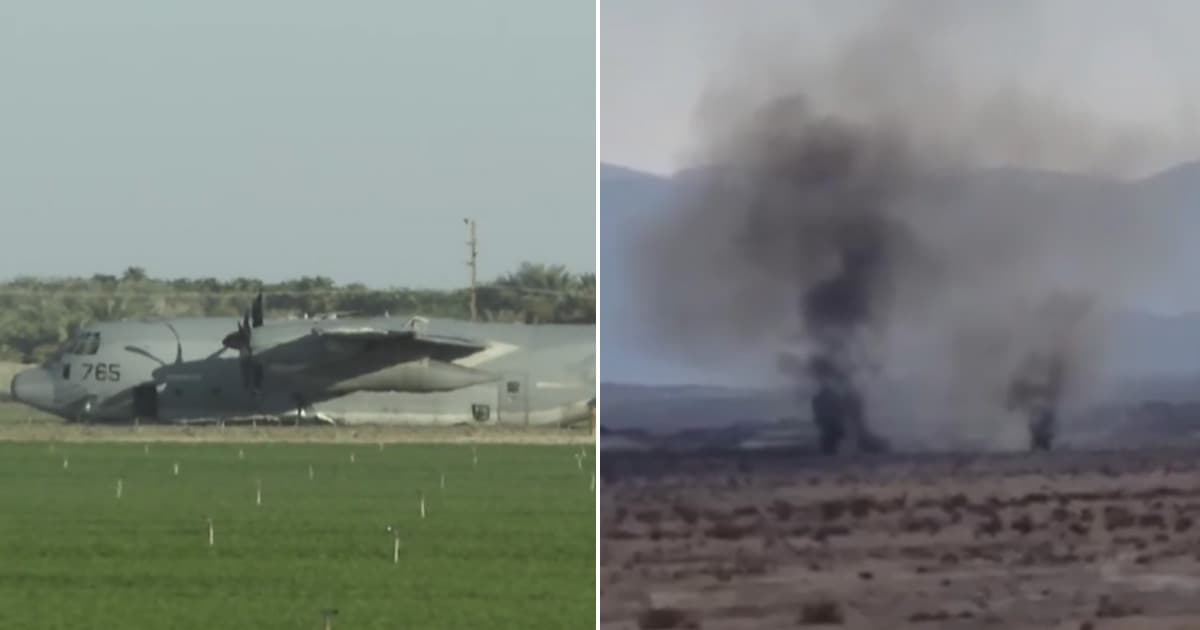 A new video shows a Marine Corps F-35B fighter jet smashing into the ground in a massive ball of flame after colliding with a tanker aircraft, The Drive reports. The crash occurred over southern California yesterday.

The fighter jet pilot was able to eject, fortunately. And the entire eight-person crew of the tanker was also able to walk away from the collision following an emergency landing.

"There are some mild injuries that are being treated, but they are all safe," Brett Vannier, spokesman for Marine Corps Air Station Yuma in Arizona, told Military.com.

The collision took place during a training hosted by the Marine Aviation Weapons and Tactics Squadron One at Yuma. The exact cause of the event is still under investigation.

The manufacturer of the ejector seat, Martin-Baker, highlighted in a tweet that their system has so far saved 7,633 lives.

A USMC F-35B made contact with a KC-130J during air-to-air refuelling, resulting in the crash of the F-35B. The pilot ejected successfully. pic.twitter.com/LL9e2ty6OZ

The event could've ended tragically. In 2018, a F/A-18D Hornet pilot collided with a tanker during a nighttime mission over Japan. Six Marines died as a result and four military leaders were fired after an investigation.

READ MORE: Video Emerges Of Marine F-35B Crashing In A Ball Of Fire After Colliding With A KC-130J [The Drive]

Russian 6th-Gen Fighter Jet To Fly With Swarms of Protector Drones
7. 18. 16
Read More
These Earbuds Give U.S. Troops Superhuman Hearing
6. 9. 16
Read More
RUD-dy
SpaceX Rocket Engine Explodes In a Green Blast
6:23 PM
Read More
+Social+Newsletter
TopicsAbout UsContact Us
Copyright ©, Camden Media Inc All Rights Reserved. See our User Agreement, Privacy Policy and Data Use Policy. The material on this site may not be reproduced, distributed, transmitted, cached or otherwise used, except with prior written permission of Futurism. Articles may contain affiliate links which enable us to share in the revenue of any purchases made.
Fonts by Typekit and Monotype.