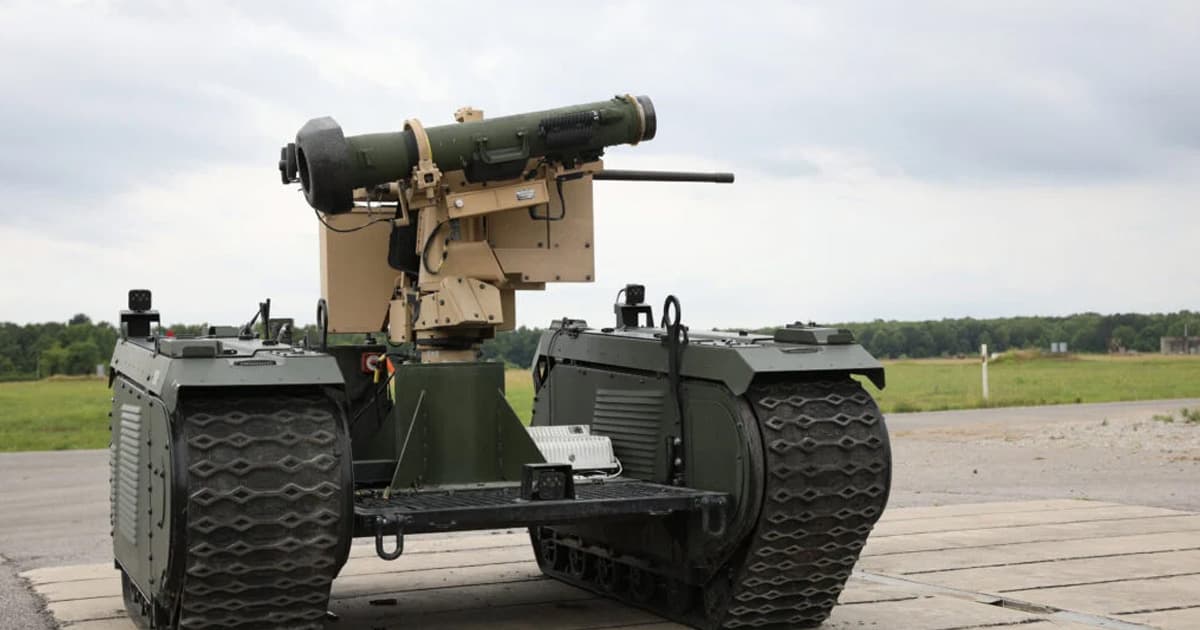 In the near futures, the U.S. Army plans to deploy packs of semi-autonomous robot tanks armed to the brim with chainguns, missiles, and other fearsome weaponry.

Two classes of these Robotic Combat Vehicles (RCVs) are already under development, Breaking Defense reports, with a third on the way. As they make their way to future battlefields, Major Corey Wallace explained at a conference last week, they’ll be used to lead the charge in both conventional and electronic warfare in the years to come.

For now, the Army wants to make sure that it’s a human pulling the trigger on the weapons, Breaking Defense reports, so each vehicle will have one human remotely steering and another remotely operating their weapons. The tanks will still be partially autonomous, but humans will take over once they reach the front lines or to steer them through enemy fire.

In addition to more conventional battles, the Army wants the RCVs to take down swarms of drones. An anti-drone laser was too heavy for the RCV light, so instead the Army is looking for ways to jam electronic communications and render drones useless.

“Yes, you are very lethal [if you] blow the … turret off a tank,” Wallace said, “but you are even more lethal if you paralyze that formation’s ability to communicate.”