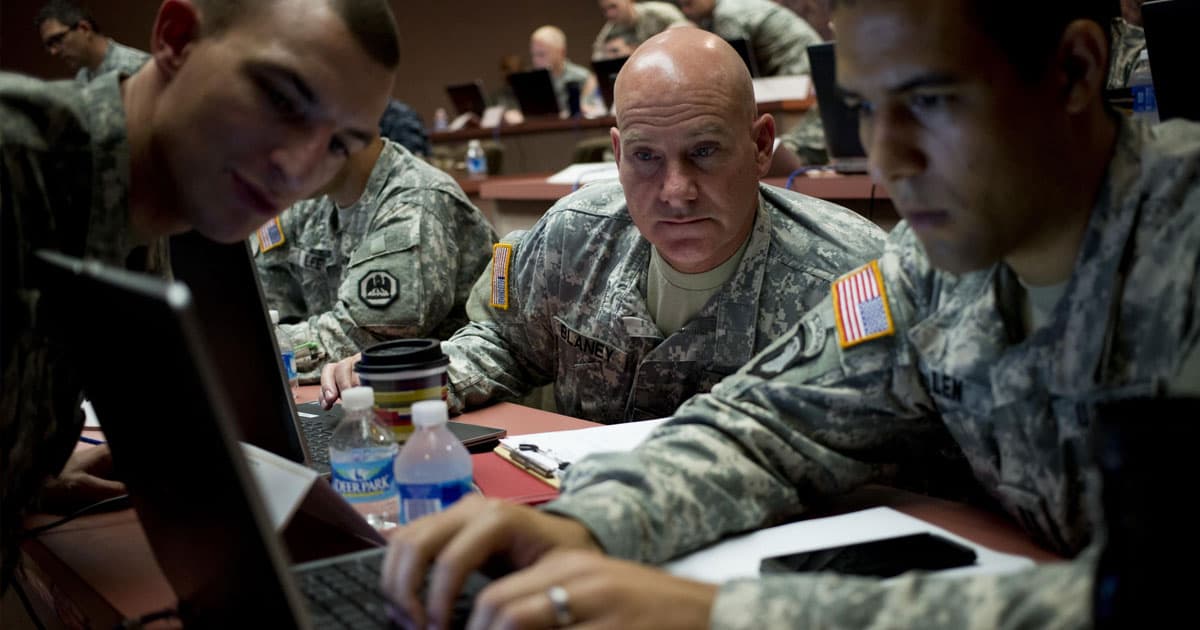 This General Says the US Army Is Outgunned in Information Warfare

The Army's logistics are outdated, according to an internal assessment.

The Army's logistics are outdated, according to an internal assessment.

The U.S. Army is unprepared for the future of informational warfare.

That’s according to General Paul Funk, who oversees the entirety of the Army’s combat training programs, C4ISRNET reports. Speaking at the military technology conference TechNet Augusta on Tuesday, Funk said that the Army is not organized enough to handle and dominate the flow of information across modern and future battlefields.

Funk said that the Army’s information strategy hasn’t been updated recently enough — he says that it needs better alerts and data mining operations if it wants to stay competitive against evolving technological threats.

“Our application of information dominance is too narrow,” Funk said, per C4ISRNET. “It is underdeveloped and lacks coordinated direction.”

Three key problem areas popped up during Funk’s investigation. First off, he said that the Army doesn’t have a clear understanding of how attacking one component of an informational system will ripple outward to affect the whole.

He also found that when the Army built its information logistics systems, it assumed they would always be there and didn’t consider that they might be a prime target for hostile factions, reports C4ISRNET. Also, it doesn’t have any way to verify how much intel those hostile groups may have gathered.

“It’s not what you don’t know that gets you killed,” Funk said at the conference, “it’s what you think you do know that ain’t so.”

READ MORE: The Army is not optimized for this fight [C4ISRNET]

The World’s Smallest TV Antenna Gets Killer Reception
4. 3. 16
Read More
Scientists Entangle Three Photons, Opening a New Door to Quantum Encryption
3. 2. 16
Read More
How To Understand What Your Cat is Saying to You
5. 4. 15
Read More
+Social+Newsletter
TopicsAbout UsContact Us
Copyright ©, Camden Media Inc All Rights Reserved. See our User Agreement, Privacy Policy and Data Use Policy. The material on this site may not be reproduced, distributed, transmitted, cached or otherwise used, except with prior written permission of Futurism. Fonts by Typekit and Monotype.