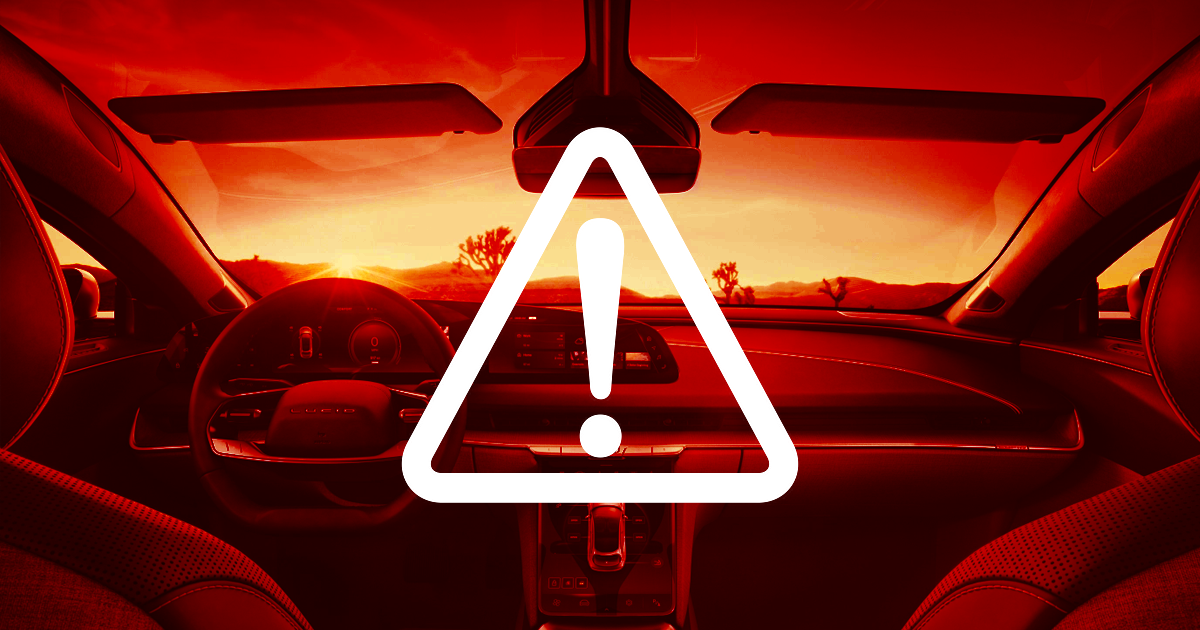 After Software Update, Error Warns EV Owner "Vehicle May Not Be Drivable"

"The rear doors would not open and I could see this as a problem if there were an accident."

"The rear doors would not open and I could see this as a problem if there were an accident."

An over-the-air software update temporarily turned one Lucid Air owner's luxury EV into an expensive lump of steel and aluminum, Lucid Insider reports, forcing him to wait for a fix.

Technically speaking, the vehicle was still able to be put into drive and reverse, but the owner wasn't willing to take any chances given the ominous error it gave him.

A picture uploaded by the Arizona-based owner, who goes by Alex on the Lucid Owners forum, shows warning message appear on the console that read "software update failed, vehicle may not be drivable," accompanied by a large, red warning triangle.

That kind of message isn't exactly confidence-inducing. Either a vehicle is "drivable" or it isn't — confusion that could potentially lead to an accident.

The incident highlights strange new issues for connected, software-driven vehicles. Just like software bugs that plague other personal electronics like smartphones or laptops, a faulty software update can grind your next drive to a halt as well.

That's in large part because EVs in particular are becoming increasingly dependent on sophisticated software designed to handle anything from opening the glove box to semi-autonomous driving on public roads.

For Alex, the saga went on for quite a while.

"I patiently waited 3 or 4 hours thinking it was still updating," he wrote. "The car was totally dead in that I could not unlock the doors with any method."

Alex then proceeded to climb into the vehicle's trunk and crawl to the front seat to open the doors "mechanically."

"The rear doors would not open and I could see this as a problem if there were an accident," he wrote.

Fortunately, the problem appears to have solved itself.

"Everything looks normal on the car," Alex wrote in an update, with the service center advising him not to try "another update if it gets pushed out until they have a better handle on it."

With carmakers becoming increasingly dependent on over-the-air updates, we will likely see far more incidents like this one — to the detriment of early adopters who believe in an electrified future.