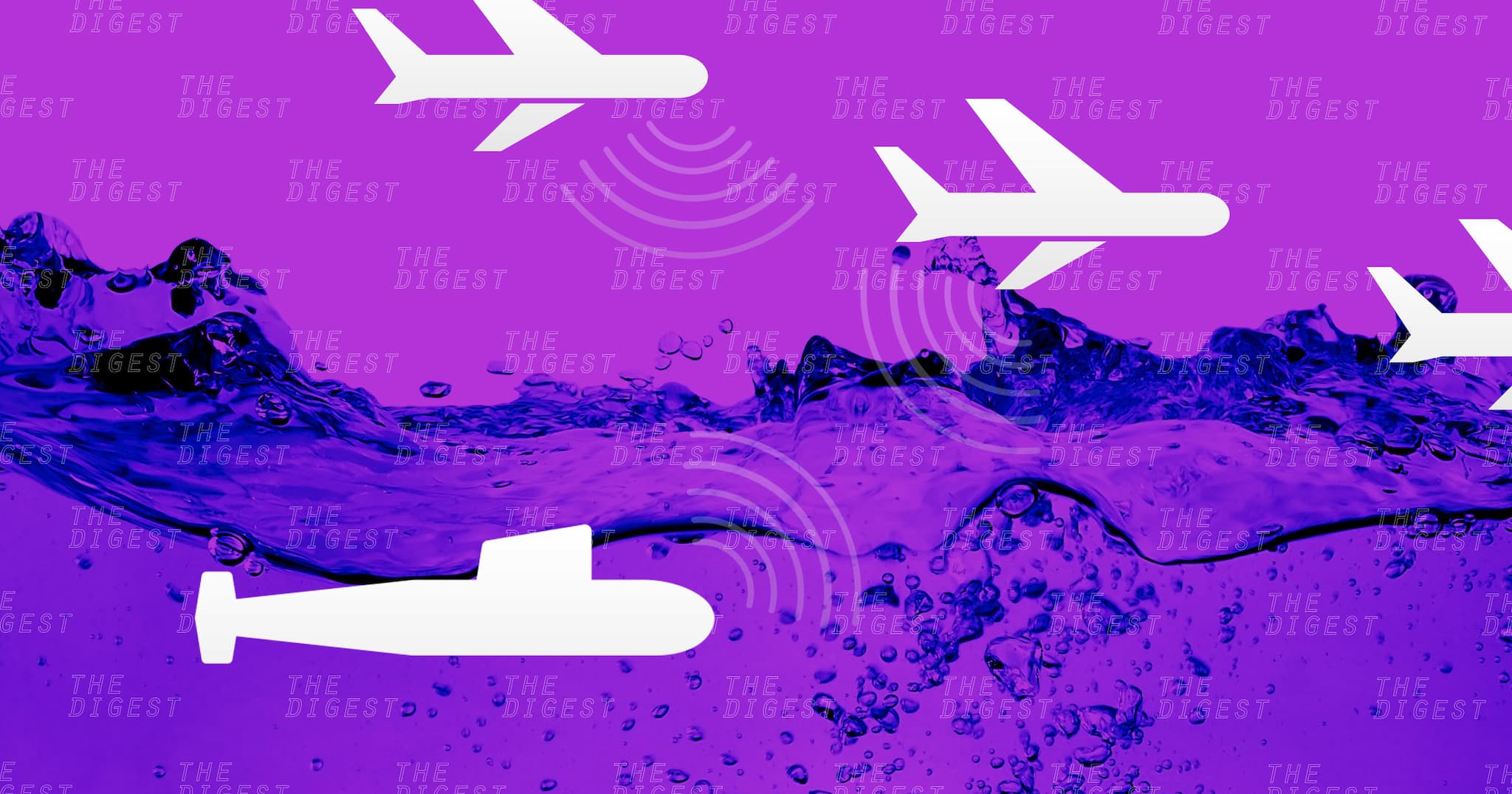 Underwater and Airborne Craft Can Now Communicate Directly and Wirelessly

With this tech, submarines wouldn't have to come to the surface to talk to planes.

With this tech, submarines wouldn't have to come to the surface to talk to planes.

TWO LANGUAGES. Today, communicating with people on the other side of the world is super easy — as long as they're not underwater, that is.

Radio signals help us communicate wirelessly on land, but underwater, submarines and other subsurface craft need to use sonar signals. The difference is because of the medium the waves are traveling through — radio doesn't travel all that far underwater, and sonar used underwater doesn't usually break the ocean surface. Because they're essentially speaking two different languages, the best way for submarines to communicate with the rest of the world is to surface and start speaking the language of radio signals. That could waste a sub's time and fuel — if it's part of a covert mission, coming to the surface would risk giving away its position.

However, researchers from MIT Media Lab think they've found a way for people above and below the water to communicate seamlessly: a system they call translational acoustic-RF communication (TARF). They plan to present their research on TARF this week at the Special Interest Group on Data Communication's (SIGCOMM's) annual conference.

FROM THE DEPTHS. For their project, the MIT team first created an underwater transmitter that uses a standard acoustic speaker to send sonar signals directly upward. These signals cause small vibrations on the water's surface that represent 1s and 0s.

Next, they built a highly sensitive radar capable of reading these tiny vibrations and decoding them. It does this by transmitting a radio signal toward the water's surface. The signal bounces off the vibrating surface and rebounds back to the radar.

The researchers tested their underwater communication system in a water tank and two swimming pools, positioning the transmitter at various depths (between 5 centimeters and 3.5 meters) and the receiver at various heights (between 20 centimeters and 40 centimeters). In some of the pool experiments, they even had swimmers nearby to create additional waves and currents.

They found that the system worked at all the depths and heights they tested as long as the waves created by the swimmers weren't taller than 16 centimeters.

A FIRST STEP. For the TARF system to actually be useful, it would have to be hardier, reliable in rougher waters and at greater depths and heights. If researchers can do that, the system could enable submarines to communicate information directly to airplanes or drones without surfacing.

Anything we do underwater could benefit from better, more direct communication with those above it, and this research is the first step to making that possible.

Cocktail Sauce
DARPA Wants to Use Noisy Shrimp to Detect Enemy Subs
3. 25. 19
Read More
Sealab 2019
Air-Filled Tent Lets Scuba Divers Camp Out Underwater
1. 31. 19
Read More
Saving Earth's Whales: US Court Rules Against Harmful Naval Sonar
7. 27. 16
Read More
+Social+Newsletter
TopicsAbout UsContact Us
Copyright ©, Camden Media Inc All Rights Reserved. See our User Agreement, Privacy Policy and Data Use Policy. The material on this site may not be reproduced, distributed, transmitted, cached or otherwise used, except with prior written permission of Futurism. Articles may contain affiliate links which enable us to share in the revenue of any purchases made.
Fonts by Typekit and Monotype.