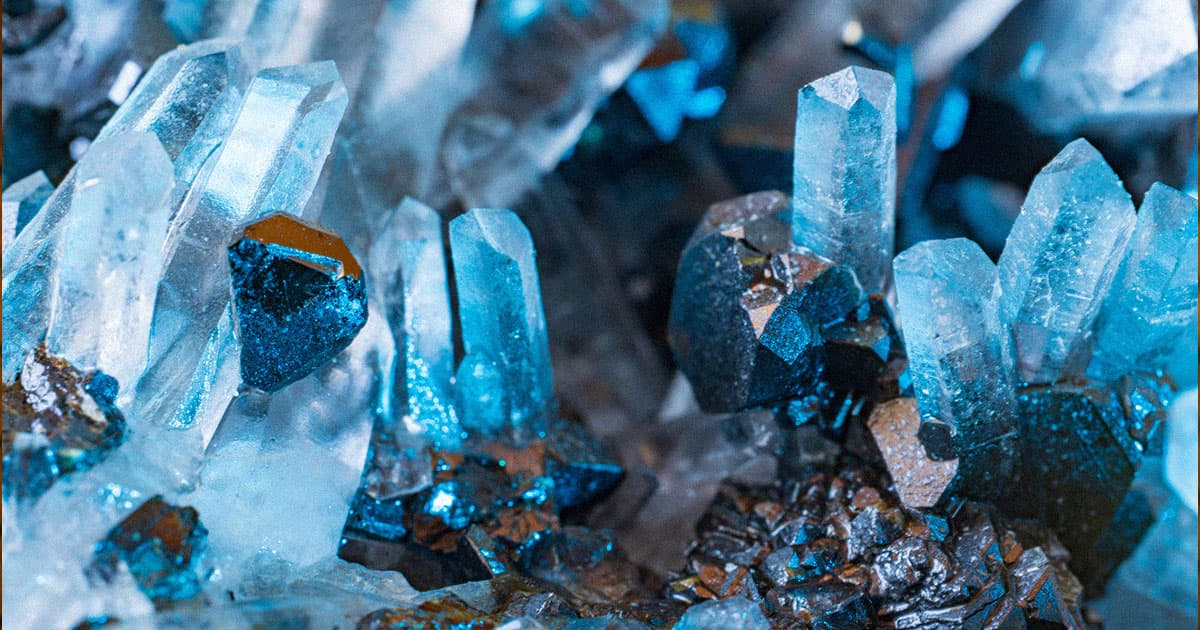 Diamonds are forever, and they're also everywhere: in exoplanets, in meteorites, in your mother’s wedding ring. Some, though, are far more exotic than what you'd find in your local mall’s Swarovski.

In a study published Monday in the peer-reviewed journal Proceedings of the National Academy Sciences (PNAS), a team of researchers say they’ve found the largest crystals yet of a mysterious form of diamond called lonsdaleite. With its unique hexagonal structure, lonsdaleite is believed to be some 58 percent harder than Earth diamonds, according to the researchers. And because it doesn’t form naturally on Earth, lonsdaleite has only been found in rare ureilite meteorites, making it a tough task to uncover the material’s origins.

That didn’t seem to deter these scientists, however.

"This study proves categorically that lonsdaleite exists in nature," said senior researcher Dougal McCulloch from RMIT, in a press release.

McCulloch and company’s findings also uncovered that these instances of lonsdaleite may have been formed in the wake of a dwarf planet smashed by a gigantic asteroid about 4.5 billion years ago.

"There’s strong evidence that there’s a newly discovered formation process for the lonsdaleite and regular diamond," said McCulloch, "which is like a supercritical chemical vapor deposition process that has taken place in these space rocks, probably in the dwarf planet shortly after a catastrophic collision."

The key distinction in that word salad is that the mysterious diamonds formed after the collision, not during it as once believed, meaning those kind of extraordinary, planet-crushing forces may not be necessary to create lonsdaleite, but rather the conditions following it.

In fact, lead author of the study and Monash University geologist Andy Tomkins believes the findings could help replicate the process artificially on an industrial scale, where the extraordinarily tough diamonds could then be used to create "ultra-hard machine parts." Lonsdaleite has already been created artificially, but not at the scale that Tomkins envisions.

This Weird Meteorite Could Be Our First Ever from the Outer Solar System
8. 15. 16
Read More
What is Happening
Elon Musk Sets His Twitter Account to Private
Yesterday
Read More
Fly Guy
Bird Advocates Horrified by Pigeon Dyed Pink For Gender Reveal Party
Yesterday
Read More
+Social+Newsletter
TopicsAbout UsContact Us
Copyright ©, Camden Media Inc All Rights Reserved. See our User Agreement, Privacy Policy and Data Use Policy. The material on this site may not be reproduced, distributed, transmitted, cached or otherwise used, except with prior written permission of Futurism. Articles may contain affiliate links which enable us to share in the revenue of any purchases made.
Fonts by Typekit and Monotype.