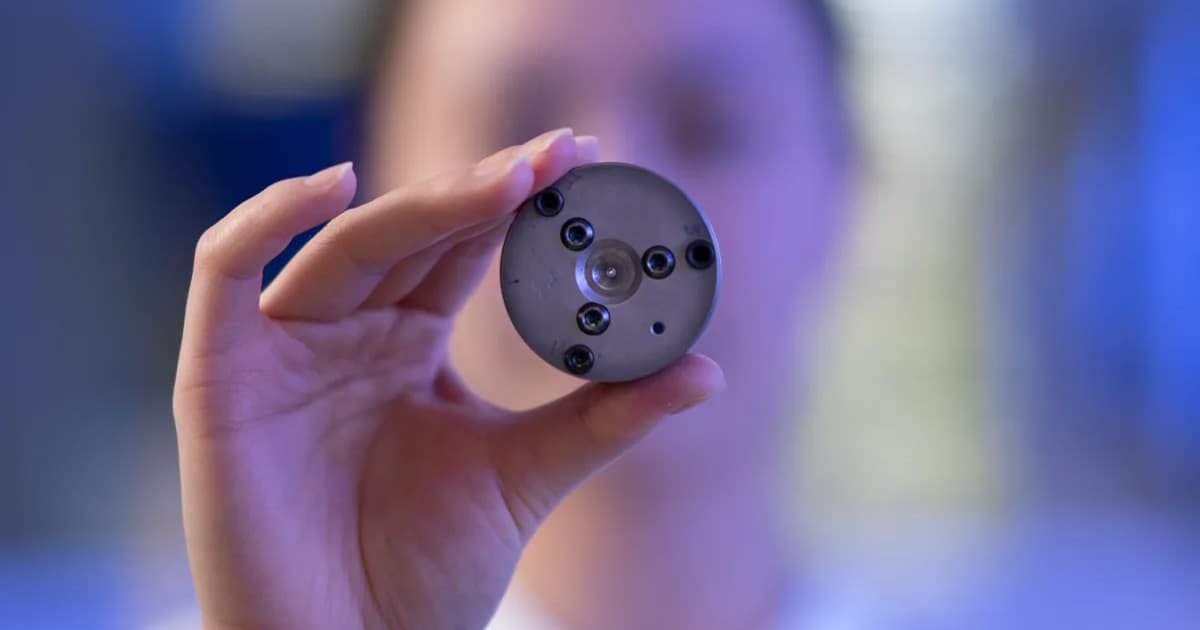 This'd make a heck of an engagement ring.

This'd make a heck of an engagement ring.

An international team of researchers have created diamonds at room temperature, in mere minutes, using extremely high levels of pressure.

The team ended up with two kinds of diamonds: a regular one you'd find on a piece of jewelry and a Lonsdaleite, which is an ultra-strong kind of diamond that is usually found at the site of meteorite impacts.

"Natural diamonds are usually formed over billions of years, about 150 kilometers deep in the Earth where there are high pressures and temperatures above 1,000 degrees Celsius," Australian National University professor Jodie Bradby said in a statement.

Usually, the process of creating artificial diamonds has involved extremely high temperatures — but the new methodology, detailed in a paper published in the journal Small this month, could allow for the creation of diamonds at room temperature as well.

Here's how it works: by using a "diamond anvil cell," a device used to generate extreme amounts of pressure, the team crushed down on carbon atoms at the equivalent pressure of 640 African elephants on the tip of a ballet shoe.

The researchers are hoping their discovery could lead to new ways of producing artificial diamonds at scale. Lonsdaleite in particular could prove to be useful since it's significantly harder than regular diamonds and have can used "used for cutting through ultra-solid materials on mining sites," according to Bradby.

"The twist in the story is how we apply the pressure," Bradby said. "As well as very high pressures, we allow the carbon to also experience something called ‘shear’ – which is like a twisting or sliding force. We think this allows the carbon atoms to move into place and form Lonsdaleite and regular diamond."

More on diamonds: This Guy Is Creating Actual Diamonds From Reclaimed CO2

New Synthetic Diamond Is Harder Than Nearly All Found in Nature
12. 13. 16
Read More
Another One Bites the Dust
OpenAI Reportingly Hiring "Army" of Devs to Train AI to Replace Entry-Level Coders
Yesterday
Read More
Realty Bites
Shameless Realtors Are Already Grinding Out Property Listings With ChatGPT
Yesterday
Read More
+Social+Newsletter
TopicsAbout UsContact Us
Copyright ©, Camden Media Inc All Rights Reserved. See our User Agreement, Privacy Policy and Data Use Policy. The material on this site may not be reproduced, distributed, transmitted, cached or otherwise used, except with prior written permission of Futurism. Articles may contain affiliate links which enable us to share in the revenue of any purchases made.
Fonts by Typekit and Monotype.