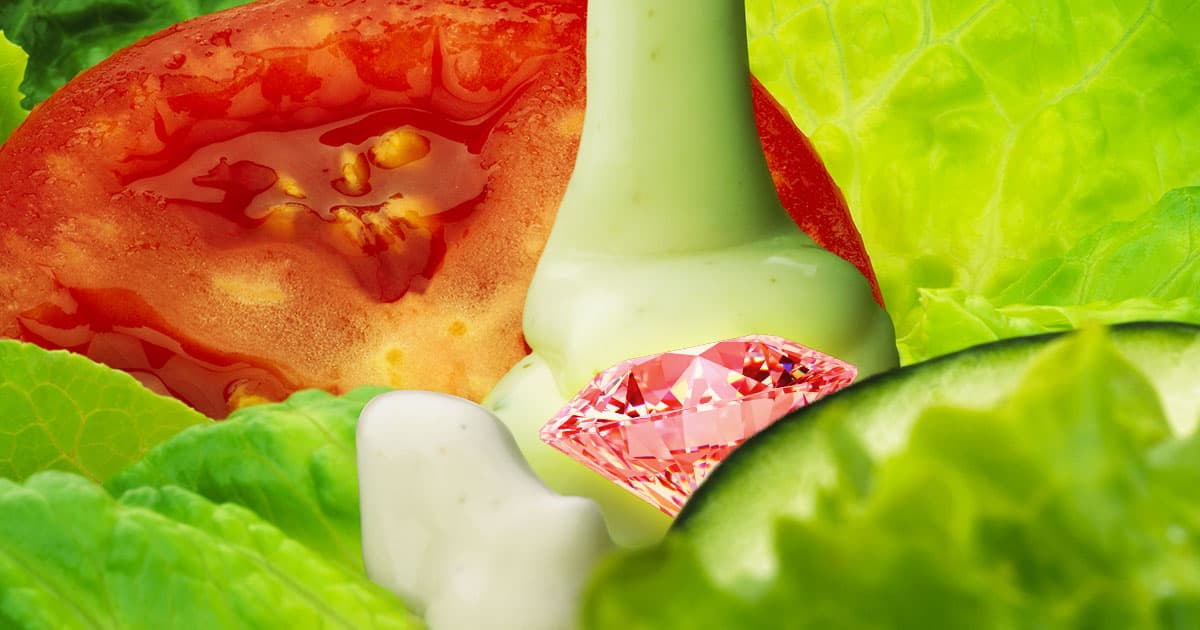 It's actually pretty though!

It's actually pretty though!

There are two things we're certain of: people love turning stuff into diamonds, and people love ranch dressing. The latest Hidden Valley Ranch stunt makes perfect sense, then, because unlike those peanut-butter-and-coal viral videos, this diamond-creation is absolutely real.

Yeah, the company made a two-carat diamond from ranch and is selling it for charity.

According to ranch experts — aka a Hidden Valley press release — the diamond was created by scientists who used Hidden Valley ranch seasoning packets and heated the contents to 2,500 degrees, although said ranch experts did not specify whether Fahrenheit or Celsius. Next, they say, they crushed the material with 400 tons of pressure and cured the rock until it was ready.

"What takes millions of years in nature has become achievable in five months," the company said in the statement.

According to a Food and Wine piece published yesterday, the rock has a round brilliant cut and is set in a 14K white gold band. Hidden Valley is auctioning the ring off and all proceeds will provide food for families in need. Bidding has already exceeded $12,000 and the company promised delivery by March 20, which happens to be National Proposal Day.

We're not gonna lie — it's pretty cool that a company made a diamond out of ranch and is using the proceeds to help hungry families. It's even better that lab-grown diamonds are becoming viable and more popular through marketing stunts of this kind.

According to the Human Rights Watch, the diamond industry still contributes to major human rights violations like trafficking and unfair labor conditions. This is true of many different extractive and crystal-mining industries.

A rock really doesn't need to come from deep inside the Earth covered in metaphorical blood to be special, right? And why would you want such an item to symbolize eternal love anyways?

We're glad Hidden Valley gets it. Yeah, it may just be another clever PR campaign like the time they released giant inflatable ranch bottles as yard decorations, but hey, if it helps, it helps.

More on good Earth news: Experts Say That Those Giant Spiders Falling From the Sky Are Good, Actually

Here's What Scientists Can Learn From Newly-Discovered Deep-Earth Mineral
3. 11. 18
Read More
Pizza Personnel
Domino's Buying Hundreds and Hundreds of Electric Delivery Vehicles
Wednesday
Read More
Another One
Coinbase May Be in Real Serious Trouble Now
Wednesday
Read More
+Social+Newsletter
TopicsAbout UsContact Us
Copyright ©, Camden Media Inc All Rights Reserved. See our User Agreement, Privacy Policy and Data Use Policy. The material on this site may not be reproduced, distributed, transmitted, cached or otherwise used, except with prior written permission of Futurism. Articles may contain affiliate links which enable us to share in the revenue of any purchases made.
Fonts by Typekit and Monotype.