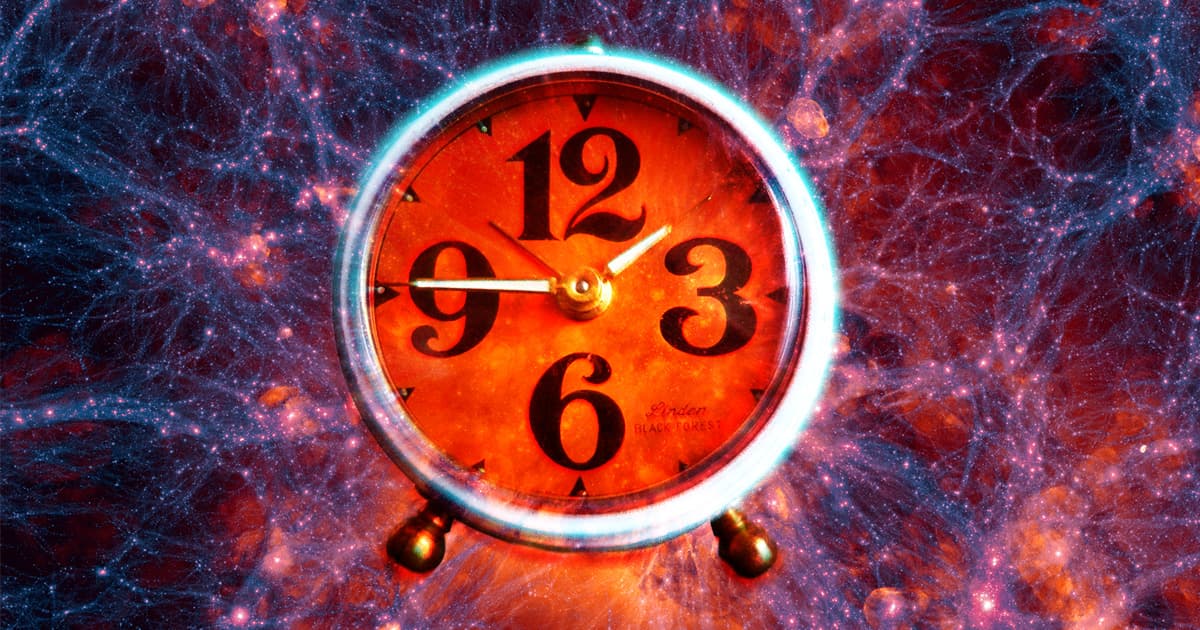 Scientists are pitting their most precise tools against extremely elusive particles.

Scientists are pitting their most precise tools against extremely elusive particles.

In order to finally hunt down dark matter, the invisible stuff that appears to make up most of the matter in the universe, scientists are equipping themselves with the most precise atomic clocks in existence.

The ultimate goal is to use an extremely precise optical clock, which is an atomic clock so accurate that it would take 20 billion years of operation to err by even a single second, to track oscillations given off when a dark matter particle interacts with a particle of visible matter, according to Phys.org. They haven't fired them up yet, but new research will use the clocks to hunt for dark matter at a tiny scale.

Specifically, optical clocks tell time by measuring the minute shifts in frequency as atoms gain or lose electrons — or, for this experiment, the shift in particles interacting with dark matter.

Past attempts to find dark matter interactions with atomic clocks could investigate interactions among dark matter candidate particles about the size of a silver atom. That's mind-bendingly tiny, but the new research, accepted for publication by the journal Physical Review Letters, takes things roughly a billion times smaller down to particles with the mass of an electron.

Lead author Jun Ye of the University of Colorado and the National Institute of Standards and Technology told Phys.org that "this work would represent the first results on the use of optical atomic clocks to provide constraints on the oscillatory signature of dark matter."

If interactions between dark and visible matter oscillate within currently-accepted constraints, then it’s possible that Ye's experiment will finally find it.

If not, Phys.org suggests that scientists will need to rewrite their models of dark matter to include even weaker interactions than anything they've ever seen — and the hunt for dark matter will be back to square one.