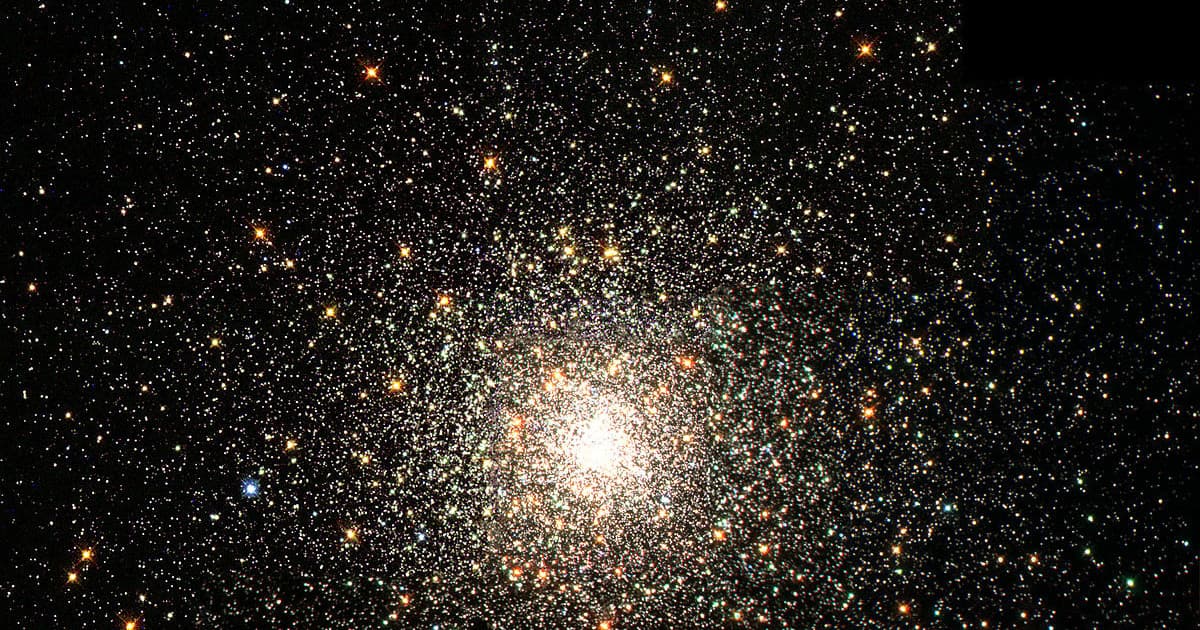 The galaxy, named Dragonfly 44, was thought to be some kind of extreme cosmic anomaly. But new research published last week in the journal Monthly Notices of the Royal Astronomical Society suggests that Dragonfly 44 is actually fairly normal — and that the scientists who discovered it just messed up.

"Now we know that the previous results were wrong and that DF44 is not extraordinary. It is time to move on," lead author Teymoor Saifollahi, a researcher at the Netherlands' Kapteyn Astronomical Institute, said in a press release.

It's disappointing that — while it still has a high proportion of dark matter — Dragonfly 44 is less of a cosmic mystery. However, this does tidy things up from a scientific standpoint.

"Our work shows that this galaxy is not so singular nor unexpected," coauthor Michael Beasley, a researcher at Spain's Instituto de Astrofísica de Canarias said in the release. "That way the models of galaxy formation can explain it without the need for modification."

READ MORE: The puzzle of the strange galaxy made of 99.9% dark matter is solved [Instituto de Astrofísica de Canarias]

More on Dragonfly 44: Astronomers Discover A Galaxy Made of 99.99% Dark Matter