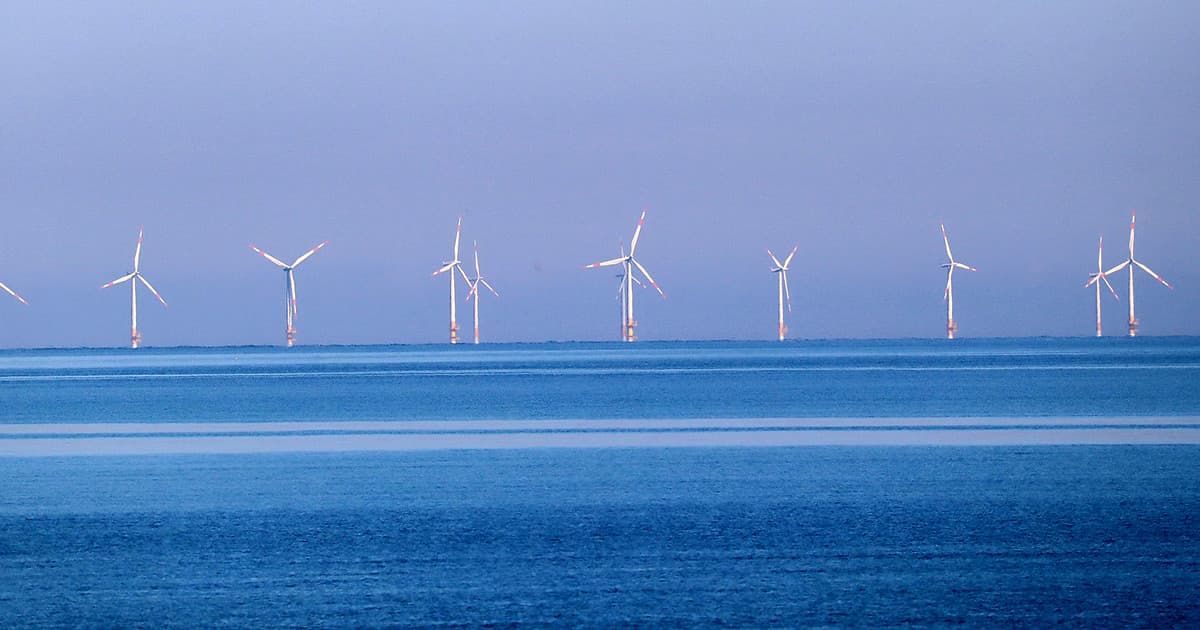 UK Pledges to Get 100% of Residential Power From Wind Turbines

The goal is to power every home with wind by 2030.

The goal is to power every home with wind by 2030.

U.K. Prime Minister Boris Johnson just announced a plan to power every home in the country with wind energy by 2030.

It's an ambitious project, and one that will require serious investments in new wind turbines over the next decade, Engadget reports. But if it works, it would be a major step forward in meeting the global carbon emissions goals laid out in the 2015 Paris agreement.

Johnson announced that the U.K. would invest about £160 million ($207 million) that will go toward factories that would develop new turbines as well as floating offshore turbines themselves. In order to power every home in the U.K., those turbines would need to generate about 40 GW of power, Engadget reports. That's four times the nation's current wind energy output.

"Your kettle, your washing machine, your cooker, your heating, your plug-in electric vehicle, the whole lot of them will get their juice cleanly and without guilt from the breezes that blow around these islands," Johnson announced at the U.K. Conservative party conference.

Unfortunately, a complete transition to wind power by 2030 might be more expensive than Johnson is anticipating. The independent research firm Aurora Energy Research predicts the project will actually cost £50 billion ($64.6 billion) and that the U.K. will need to install, on average, a new turbine every single weekday through the next decade.

Regardless, the U.K. may continue to announce more ambitious climate goals yet, the Financial Times reports, potentially including support for hydrogen transportation or even a ban on gas-burning cars.

READ MORE: The UK wants to power all homes with offshore wind by 2030 [Engadget]

More on wind energy: The UK Will Soon Be Home to the World’s Largest Offshore Wind Farm