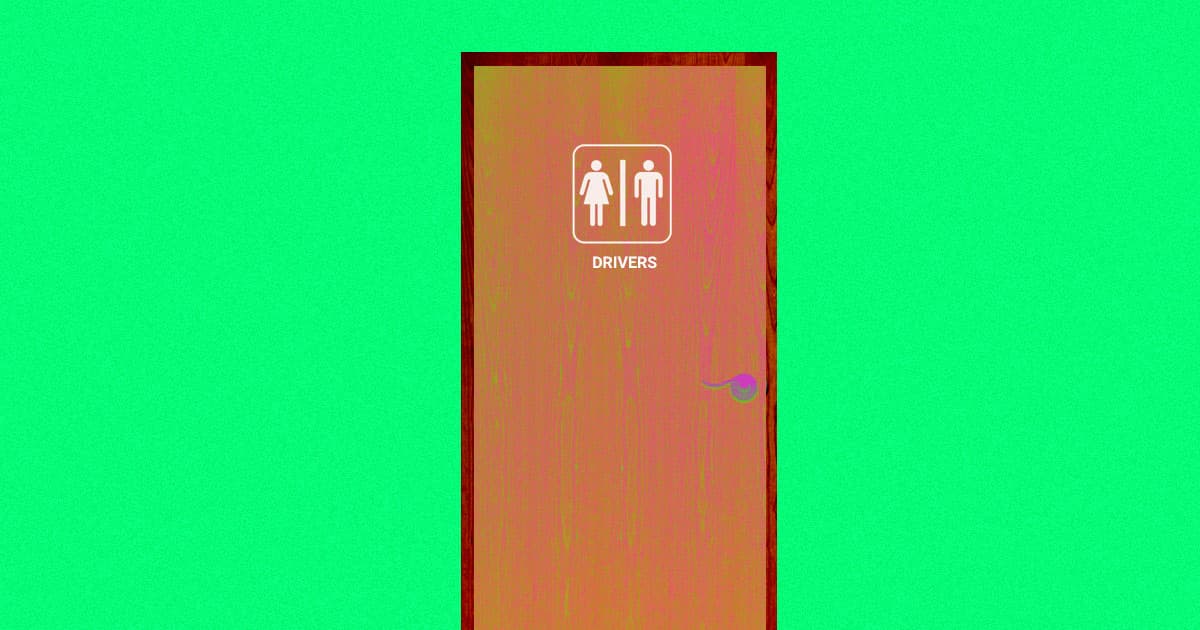 "This was a mistake and we regret it."

"This was a mistake and we regret it."

Uber has repeatedly argued that its drivers are independent contractors rather than employees — a distinction that lets the company get away with not paying them an hourly wage or providing them with benefits.

And it now seems Uber's efforts to make sure drivers know they're not employees even extends — bizarrely — to where they're allowed to use the bathroom.

On Tuesday, Uber driver Erika Betts tweeted a photo she took of the bathrooms in a Greenlight Hub in Providence, Rhode Island — noting that one bathroom is for Uber "Employees" and the other is for "Partners," the term the company uses for its drivers.

"Anyone else think it's strange that Uber views partners & employees as two separate classes of people?" she wrote alongside the photo.

The tweet caught Uber's attention, and apparently, drivers at the Providence Greenlight Hub can now use whichever bathroom they'd like.

"This was a mistake and we regret it," an Uber spokesperson told Motherboard. "We are removing the signs and have made it clear that this was not appropriate."

Still, it remains to be seen whether this one Uber office was an anomaly or if other Greenlight Hubs also take Uber's partner versus employee argument all the way to the toilet.