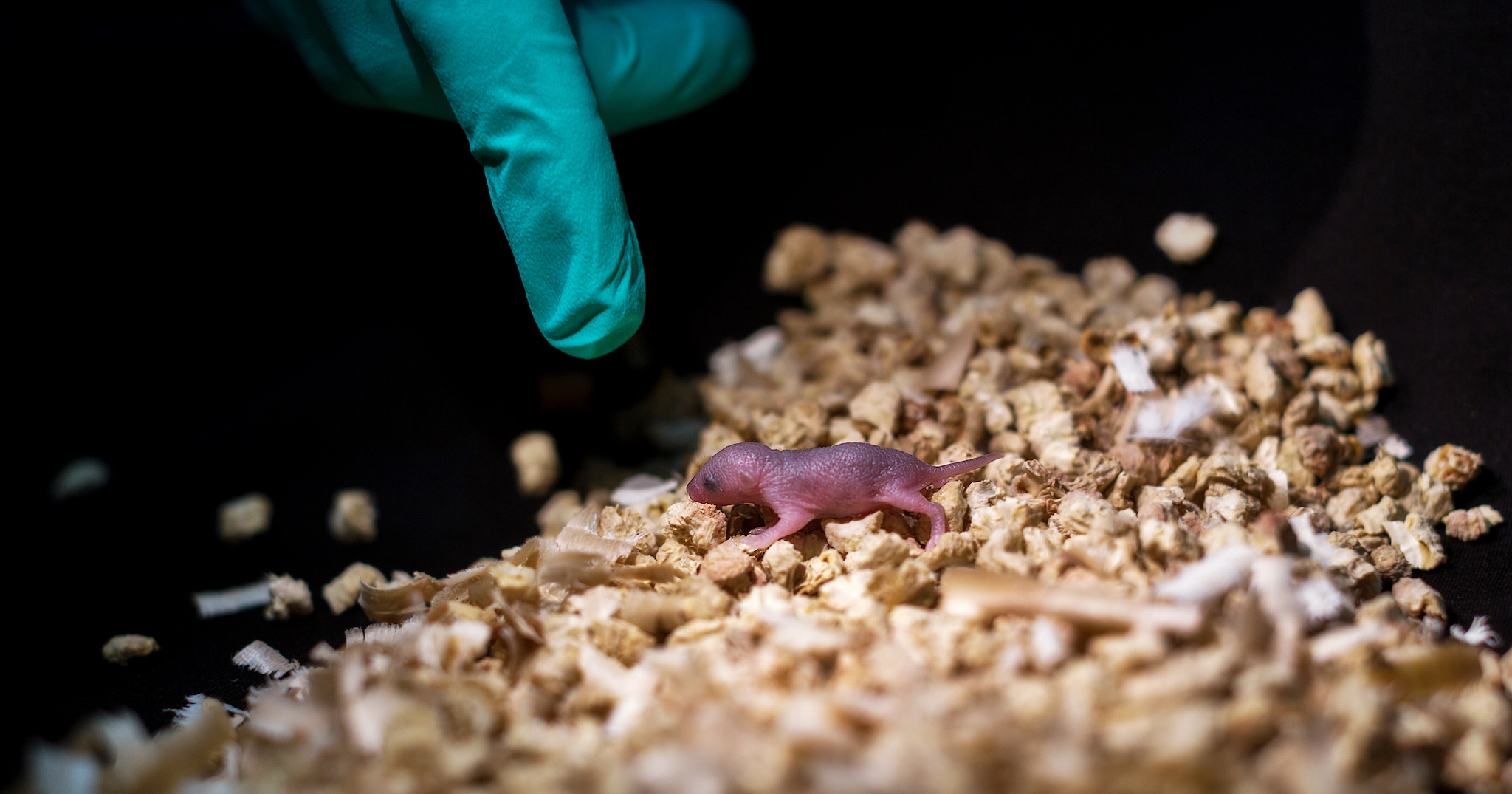 These Healthy Mice Pups Have Two Moms and No Dads

We can now breed healthy mice from pairs of same-sex parents.

We can now breed healthy mice from pairs of same-sex parents.

We ain't nothing but mammals. Reproduction usually requires a male and a female. Right?

A little over a decade ago, researchers figured out a way to produce mice from two females and no males. It was a huge scientific breakthrough, but the study had its issues — the resulting pups were abnormal, with some "defective features,"according to stem-cell researcher Qi Zhou.

Now, Zhou and a team of Chinese researchers have figured out another way to not only produce offspring from two mice of the same sex, but to produce normal offspring. And there's a chance this method could one day allow two humans of the same sex to do the same thing.

In a study published Thursday in the journal Cell Stem Cell, Zhou and his colleagues at the Chinese Academy of Sciences explain how they created their mice pups using haploid embryonic stem cells (ESCs). These stem cells are unlike most others because they contain DNA from only one parent, and have only half the normal number of chromosomes.

The researchers used CRISPR to hack an ESC so that it could be injected into the egg of another female mouse to produce an embryo. The 210 embryos produced 29 healthy mice, which lived to adulthood and could even give birth to their own offspring.

The team also produced pups from two male mice through a similar process, but those pups had issues suckling and breathing, and only lived for 48 hours after a surrogate gave birth to them.

The researchers plan to expand their research to include other animals — and ultimately the work could be an important early step along the path to a day when any two people of either sex can make a baby together.

Xenobot Dynasty
Scientists Create Synthetic Organisms That Can Reproduce
11. 29. 21
Read More
Bye, Bye Babies
Gene-Hacking Breakthrough Could Nix Mammals' Ability to Reproduce
2. 8. 19
Read More
We Just Used Genetic Engineering to Create Completely Yellow, Three-Eyed, Wingless Mosquitoes
11. 15. 17
Read More
+Social+Newsletter
TopicsAbout UsContact Us
Copyright ©, Camden Media Inc All Rights Reserved. See our User Agreement, Privacy Policy and Data Use Policy. The material on this site may not be reproduced, distributed, transmitted, cached or otherwise used, except with prior written permission of Futurism. Articles may contain affiliate links which enable us to share in the revenue of any purchases made.
Fonts by Typekit and Monotype.