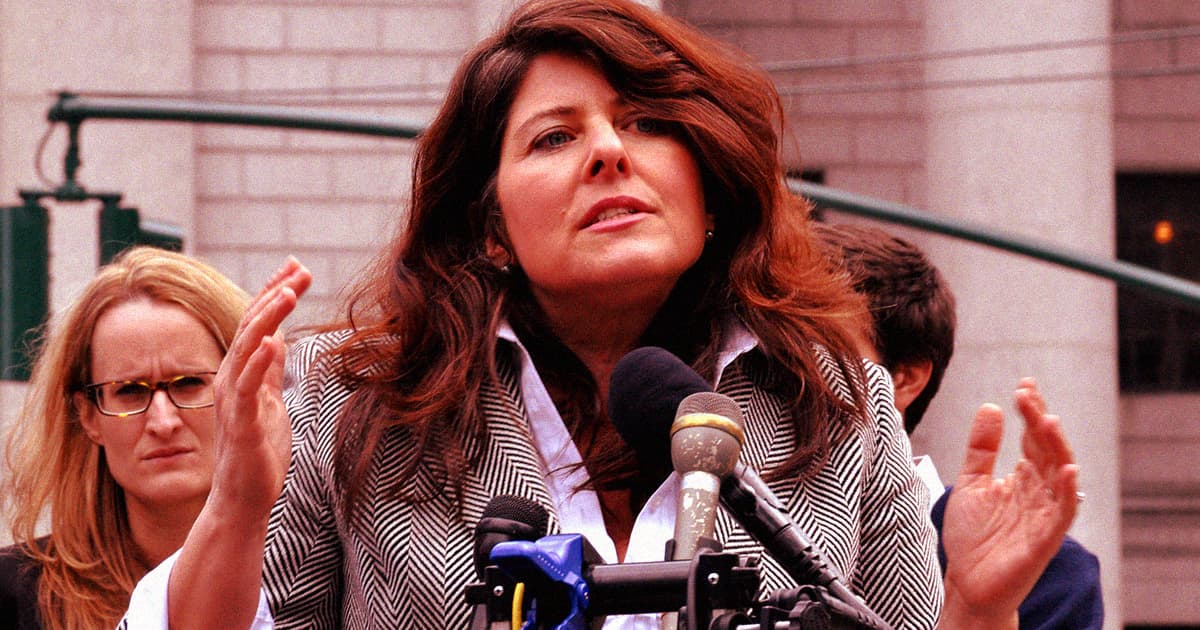 Author and conspiracy theorist Naomi Wolf has been suspended indefinitely from Twitter after spreading anti-vaccine misinformation on the platform, the BBC reports.

It's a sign that social media platforms are finally starting to take vaccine-related misinformation seriously, despite allowing personalities like Wolf to disseminate dangerous and unfounded information for the entirety of the pandemic.

And arguably, the damage has already been done. Wolf had 140,000 followers at the time of her suspension.

Wolf has repeatedly furthered debunked theories surrounding COVID-19 and vaccines. In May, for instance, she told a US congressional committee that vaccine passports could be "the start of many, many genocides," as quoted by The Guardian. She has also claimed that vaccines were a "software platform that can receive uploads" and encouraged people to socialize and "expose yourself to a low viral load."

Most recently, Wolf tweeted that the urine and feces of vaccinated people should be separated from general sewage until we know how it could effect drinking water supplies.

Twitter's decision to ban her outright was met with relief.

"As a historian of autism, I’ve been reading vile anti-vaccine propaganda for 20 years, and Wolf’s claims were as out-there and delusional as I’ve ever seen," author Steve Silberman wrote in a tweet.

Critics called it an example of free speech being stifled — although, of course, Twitter is a business that can moderate its own user base as it sees fit.

I Silence Thee
Leaked Messages Seem to Show Elon Musk Using Twitter to Punish His Enemies
2:15 PM
Read More
Bot Rush
An Overwhelming Number of Porn Bot Accounts "Drowned Out" Chinese Protest Content on Twitter
12. 21. 22
Read More
Hardcore Mode
Even Twitter's Intern Just Resigned in Disappointment
12. 21. 22
Read More
+Social+Newsletter
TopicsAbout UsContact Us
Copyright ©, Camden Media Inc All Rights Reserved. See our User Agreement, Privacy Policy and Data Use Policy. The material on this site may not be reproduced, distributed, transmitted, cached or otherwise used, except with prior written permission of Futurism. Articles may contain affiliate links which enable us to share in the revenue of any purchases made.
Fonts by Typekit and Monotype.