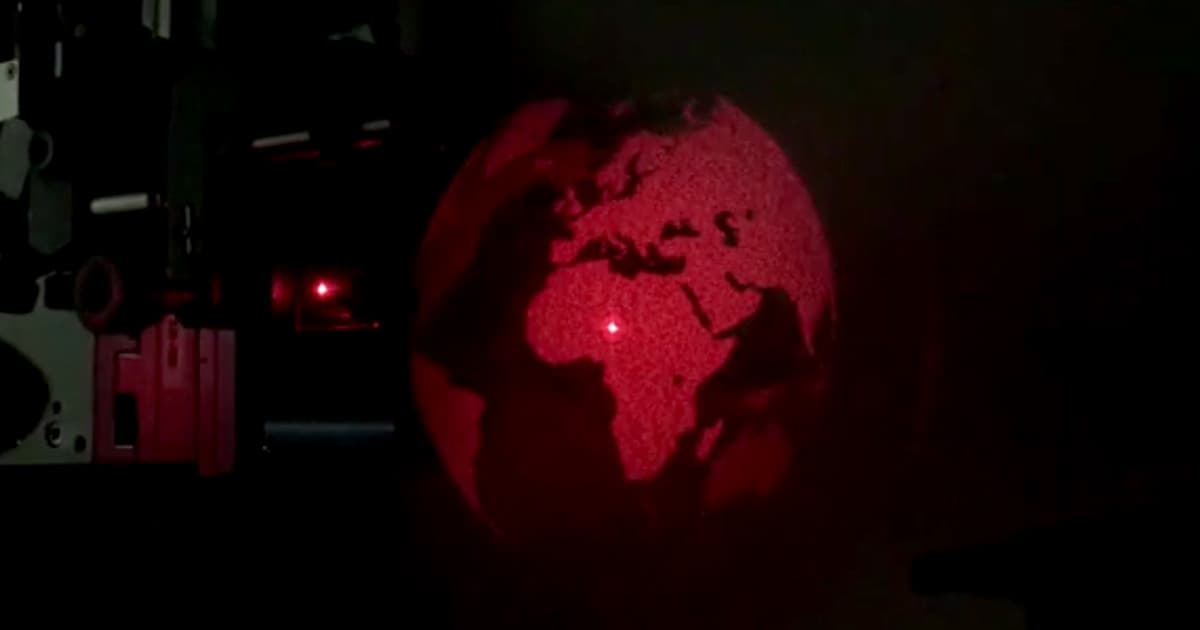 Finally, at long last, scientists have figured out how to make true hologram recordings like the iconic “Star Wars” moment where Princess Leia calls for help from Obi-Wan Kenobi.

Using carefully-crafted nanomaterials, Tokyo University of Agriculture and Technology scientists were able to bend light in a way no natural material could accomplish, according to research published this month in the journal Optics Express. The result? The first true hologram movie of the Earth spinning on its axis.

For now, the effect isn’t cinematographically perfect. The hologram itself is a bit janky: It’s just a 48-frame loop of a spinning globe and kind of looks like the red wireframe graphics of the Nintendo Virtual Boy.

But what it lacks in art, it makes up for in technology: Even though other teams have built true holograms in past years, the spinning globe is vastly more sophisticated. And unlike those celebrity holograms, it can be viewed from almost any angle and doesn’t use optical trickery.

To break the laser down into the pattern of a globe, the nanomaterial has tiny scales that are even smaller than the wavelength of the red laser’s light. Building that material takes time — the researchers suggest a six-minute hologram would take 800 hours to prepare. But still, they have high hopes.

“The aim is to develop this to produce full color eventually,” engineer and study author Kentaro Iwami said in a press release. “And we want it to be viewable from any angle: a ‘whole hemisphere’ 3-D projection.”

More on holograms: Scientists Create Holograms You Can See, Hear, and Feel