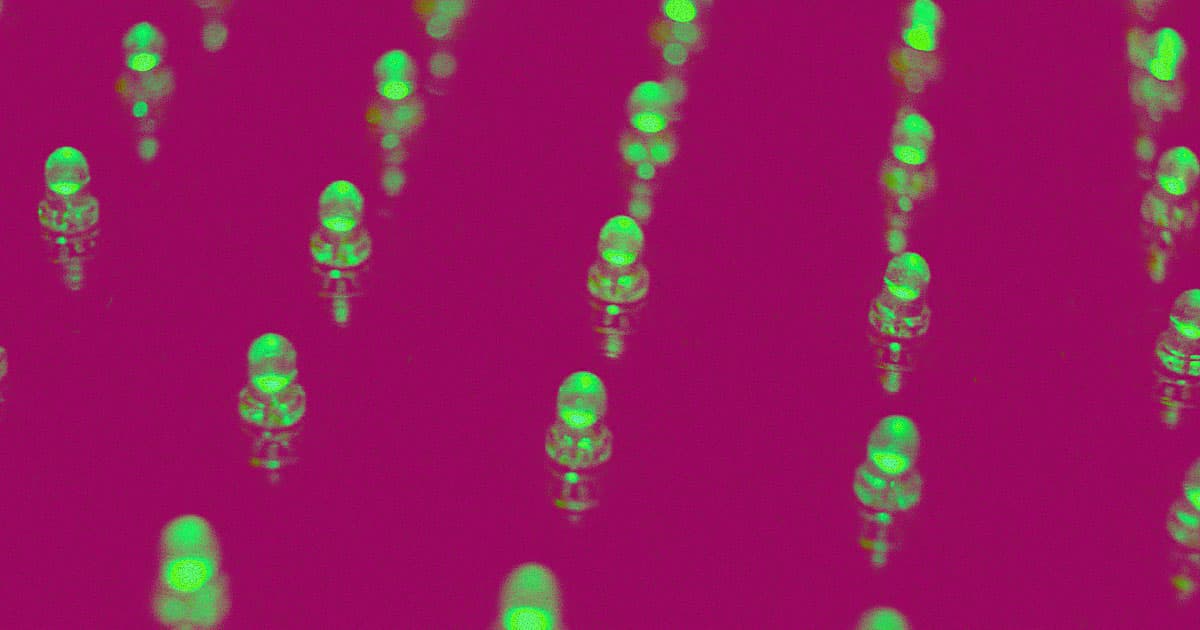 This Transhumanist Implanted Magnet-Triggered LEDs Under Her Skin

"Because they are sparkly and I’m a magpie."

"Because they are sparkly and I’m a magpie."

The kneecap in transhumanist Winter Mraz's leg isn't the one she was born with — instead, it's a 3D-printed replica doctors created for her following a serious car crash.

Devices designed to address medical problems are the most common kind of cyborg tech.

But a growing number of people, including Mraz herself, are taking it upon themselves to voluntarily enhance their bodies with technology — and sometimes for reasons that are more aesthetic than practical.

BBC Scotland's "The Nine" recently published a fascinating new exploration of modern transhumanism, talking to Mraz and others like her about their decisions to insert various bits of tech into their bodies.

Much of the tech appears to be useful — the radio-frequency-identification chip in Mraz's left hand, for example, unlocks her front door.

But when the BBC asked Mraz why she recently added two magnet-triggered LEDs to her growing collection of implants, the transhumanist admitted that she just liked the look of them. She told the outlet that "they are sparkly and I'm a magpie. I like things that light up."

Indeed, people have been modifying their bodies for aesthetic reasons for millenia, so it's not surprising that those modifications would evolve to include modern tech. And according to Mraz, we could see more implants — useful and otherwise — in the near future.

"I don't think implants are inevitable but I think they are getting better, longer-lasting, cooler and have more functionality," Mraz told the BBC. "It's going to be one more option people have."

READ MORE: The Transhumanists Who Are 'Upgrading' Their Bodies [BBC]

Human Evolution
"Mad Scientist" Mom Turns Autistic Son Into a "Cyborg"
7. 16. 19
Read More
Biohacker Who Implanted Transit Chip in Hand Evades Fine
6. 19. 18
Read More
The Future is Here: Six Of Today's Most Advanced, Real-Life Cyborgs
10. 12. 17
Read More
+Social+Newsletter
TopicsAbout UsContact Us
Copyright ©, Camden Media Inc All Rights Reserved. See our User Agreement, Privacy Policy and Data Use Policy. The material on this site may not be reproduced, distributed, transmitted, cached or otherwise used, except with prior written permission of Futurism. Articles may contain affiliate links which enable us to share in the revenue of any purchases made.
Fonts by Typekit and Monotype.