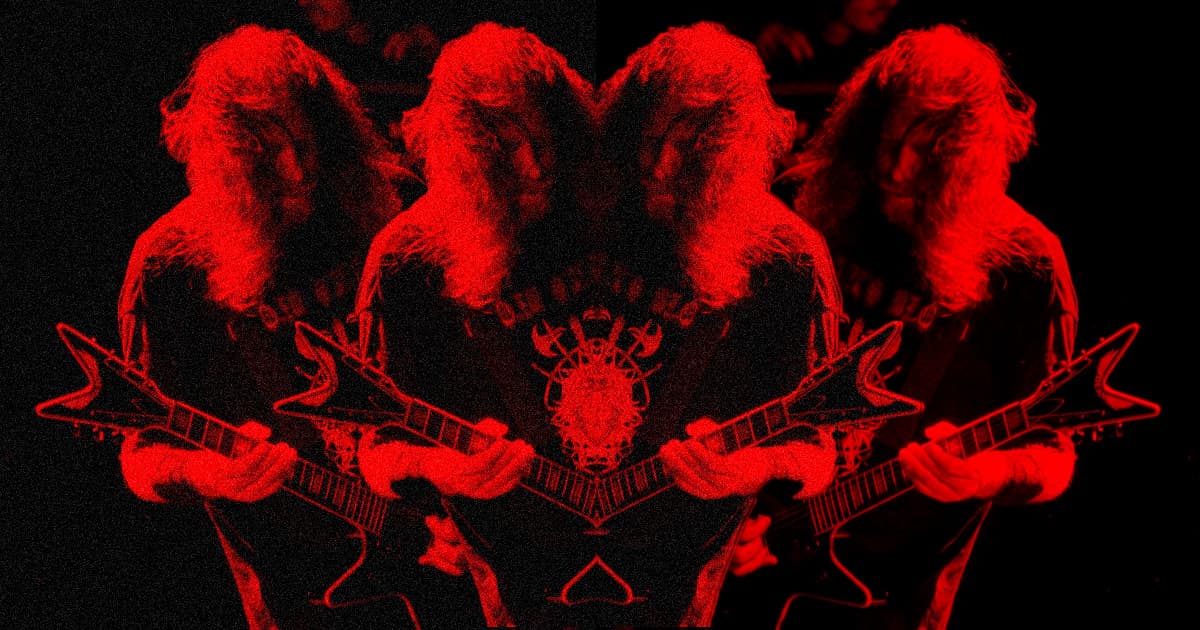 Right now, a neural net is churning out endless lyrics about how it wants to murder all of humanity. And it tends to get really specific about those murders.

Set to death metal on a YouTube livestream that's also generated by a neural network, the project is gory and unsettling — but also shows off some pretty advanced AI tech.

To build their lyrics-writing bot, music and coding group Dadabots took a GPT-2 neural net that had already been trained on 40 GB of Reddit posts to teach it to write general sentences, then fine-tuned the algorithm on Cannibal Corpse lyrics.

"The problem is that would occasionally divert into a political rant (because it initially trained on internet) so we had to filter all of that out," Dadabots co-founder CJ Carr told Futurism. "Now it just murders humans."

Carr told Futurism that a separate neural net separates death metal growls from the rest of the track, triggering the lyric-writing bot to write another verse.

As the lyrics appear on-screen, they seem to resemble those of a run of the mill, incomprehensible death metal band. The sentences are mostly coherent, or at the very least reminiscent of intentionally nonsensical Dethklok songs. In one brief stretch, the neural net wrote lyrics like "denial of the dying is what I do" and "ankles of slaughter."

Are those grisly lyrics at all connected to the AI-generated vocals?

"Nope," Carr told us. "Some even doubt that connection exists in human death metal."

Editor's Note 10/31: This article originally misattributed the neural nets's Reddit training to Dadabots. It has been updated.

More on DADABOTS: Jazz Generated By a Neural Network Is Absolutely Terrifying