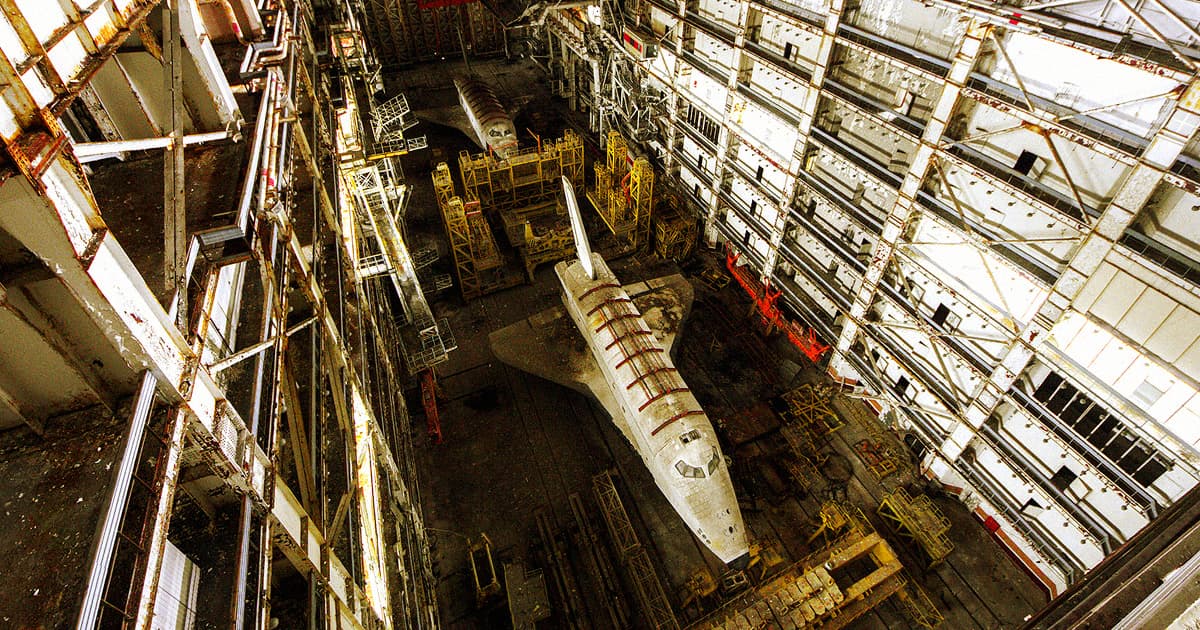 "It is not water that flows in our veins, but blood, and it has the scent of wormwood."

"It is not water that flows in our veins, but blood, and it has the scent of wormwood."

In 1988, the Soviet Union's first Buran-class space shuttle — its equivalent of NASA's Space Shuttle — made its maiden voyage, circling the Earth twice with no crew on board.

Five years later, the shuttle program was cancelled and the spacecraft never took to the skies ever again, destined to live out the rest of its life in a hangar near the Baikonur cosmodrone in Kazakhstan. But in 2002, the hangar's roof collapsed, destroying the once-mighty prototype.

The second Buran-class shuttle, called Burya, has met an equally depressing fate. Earlier this year, reports emerged of the vehicle getting covered in graffiti while in storage at Baikonur.

And now things are getting even stranger, with Russia's now feuding with a Kazakh businessman named Dauren Musa, who claims he owns the Burya shuttle, Ars Technica reports — and, in a bizarre twist, he says he'll give it up in exchange for a specific human skull.

Musa is offering to trade Burya, state-owned news network RT reported last month, for the skull of the last Kazakh Khan, Kenesary Kasymov, a hero figure who led a rebellion against the Russian Empire's attempts to colonize the region in the 1840s.

Exactly how Musa came into possession of the shuttle is far from clear. Russian space companies sold off plenty of assets following the fall of the Soviet Union, as Ars points out, so it's perfectly possible that he either grabbed it then or later bought it from someone who did.

The eccentric businessman used some flowery language to express his determination to broker a deal in a recent interview with Russian newspaper Caravan.

"It is not water that flows in our veins, but blood, and it has the scent of wormwood," he said, as translated by Ars.

But there's one big problem with the deal, according to Ars: nobody really knows where the skull is.