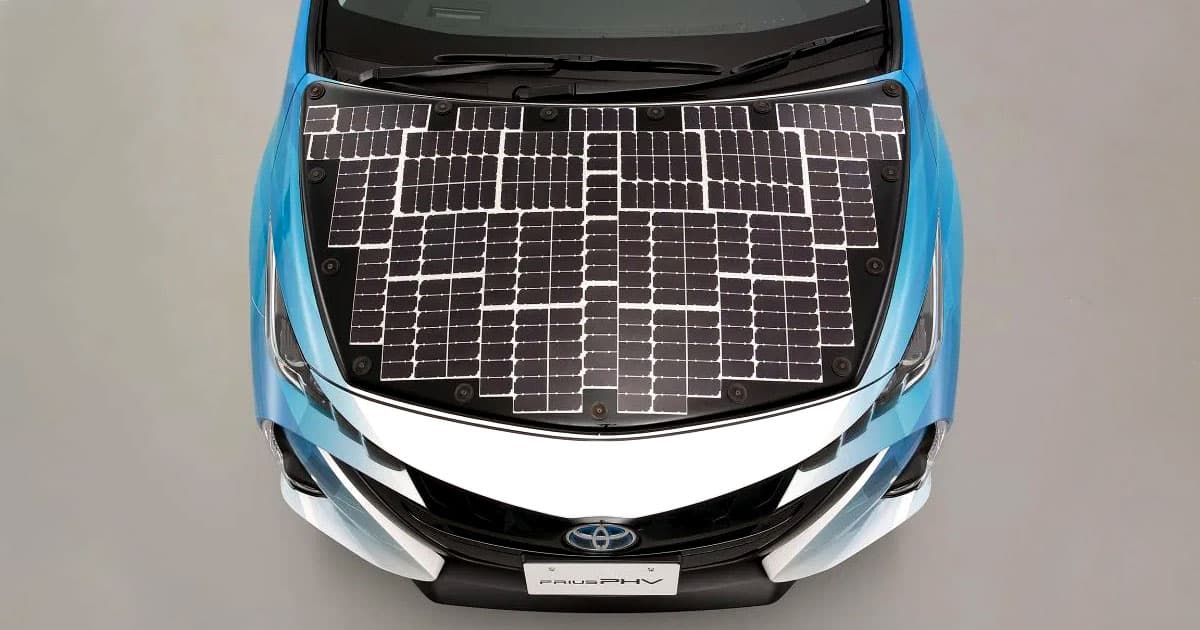 Toyota Wants to Slather Solar Panels All Over Its Prius Hybrid

As electric cars become increasingly popular worldwide, there's one renewable source of energy that could make them even more convenient and environmentally friendly: the Sun.

Japanese auto giant Toyota has partnered with a local energy company to test a Prius hybrid that's almost entirely covered in solar panels, according to Bloomberg. The ambitious goal is to one day end the car's dependence on charging stations entirely.

Both Toyota and Hyundai have already released models, including the 2017 Prius, that feature solar panels on their roofs — but their ability to power the vehicle is extremely limited, since they only charge the batteries when the car is parked.

Since July, Toyota has been working on a brand-new design. It features special, much higher efficiency solar panels that are mounted on the hood, roof and even hatchback of the car, charging the car's batteries even when it's moving.

The new solar system could allow the Prius to cover 50 kilometers, four days a week, on solar alone, Bloomberg reports.

If the vehicle makes it to market, it wouldn't be the only next-gen solar vehicle around. Dutch startup Lightyear revealed what it calls the world's first long-range "solar car" back in June. The company is expecting to start deliveries in early 2021.

READ MORE: Toyota Is Trying to Figure Out How to Make a Car Run Forever [Bloomberg]