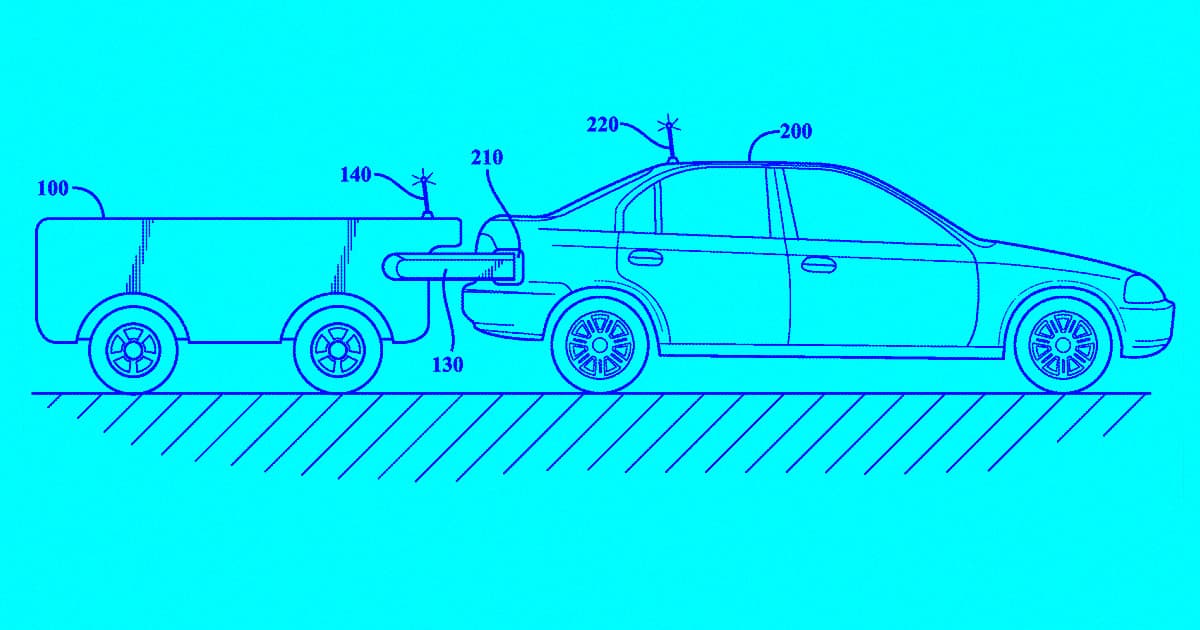 Top Me Up Bud

Toyota has patented an autonomous refueling drone system that can drive out to your location and top up your car's gasoline tank, hydrogen fuel cell or battery on the go, as spotted by The Drive — almost like those military tankers that can refuel fighter jets while they're both aloft.

According to patent filings, the "autonomous drone" includes a storage area, a fuel delivery mechanism, and a central controller. It's unclear if the vehicle is meant to refuel the vehicle in front of it while on the move or only while stationary.

The drone could also theoretically make several refueling stops along a single route before heading back to recharge itself.

Proximity sensors, GPS and automated fuel ports could allow such a drone to take care of the entire operation, with the driver sits back and relaxes inside their vehicle.

Obviously, this is just a single patent filing — it's unlikely tech like this will make it into production any time soon. A variety of competing charging technologies could also make such a system dead on arrival.

In fact, we haven't even reached level 5 autonomy yet. In other words, drivers are still very much required to navigate roads — meaning the AI isn't even here yet that would allow a unit like this to drive itself out to where it's needed.

Autonomous Donuts
Watch a Self-Driving Car Careen Around Corners Like a Racecar
3. 28. 19
Read More
Moon Rover
See the Moon Rover Toyota Is Building for Japan's Space Program
3. 12. 19
Read More
Riot Gearheads
New Toyota Patent Would Let Cars Spray Thieves With Tear Gas
3. 11. 19
Read More
+Social+Newsletter
TopicsAbout UsContact Us
Copyright ©, Camden Media Inc All Rights Reserved. See our User Agreement, Privacy Policy and Data Use Policy. The material on this site may not be reproduced, distributed, transmitted, cached or otherwise used, except with prior written permission of Futurism. Articles may contain affiliate links which enable us to share in the revenue of any purchases made.
Fonts by Typekit and Monotype.