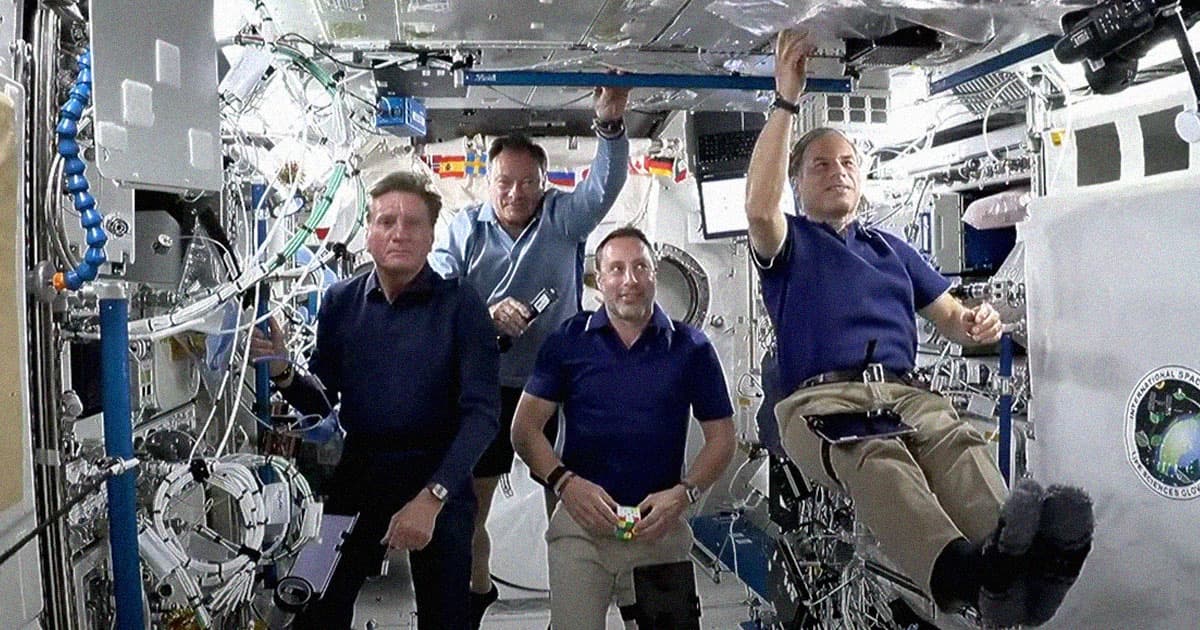 Ticket to the Moon

The first-ever all-civilian mission to the International Space Station is well underway — and several days into the extremely expensive journey, the group of space tourists are already yearning to go even further, price be damned.

When asked during a Wednesday livestreamed event — which involved a group of kids at NASA’s Space Center in Houston asking the space tourists a slew of questions — if a private lunar mission is already in the works, crew member Larry Connor replied: “The short answer is, we’re all in, we’ve actually talked about that.”

“Universally, it’s a resounding yes, so please let the folks at NASA know that Ax-1 crew is up to the challenge,” added Connor, a real estate mogul from Ohio.

But while space tourism has made significant strides in recent years, in large part thanks to SpaceX’s Crew Dragon capsule, traveling all the way to the Moon is a much larger undertaking.

It could also end up costing even more than the already supremely expensive tickets to the ISS. Crew members of the most recent trip had to shell out an estimated $55 million each.

We also still don’t have a suitable spacecraft yet — but that may soon change once SpaceX has a chance to test out its massive Starship spacecraft.

Spending a holiday on the Moon, or at least its orbit, is an exciting prospect. But as this month’s launch has demonstrated, traveling to space is still prohibitively expensive — and that’s just to get off the Earth’s surface.

READ MORE: Ax-1’s first all-private crew to space station would love a trip to the moon. ‘The sights here are amazing.’ [Space.com]