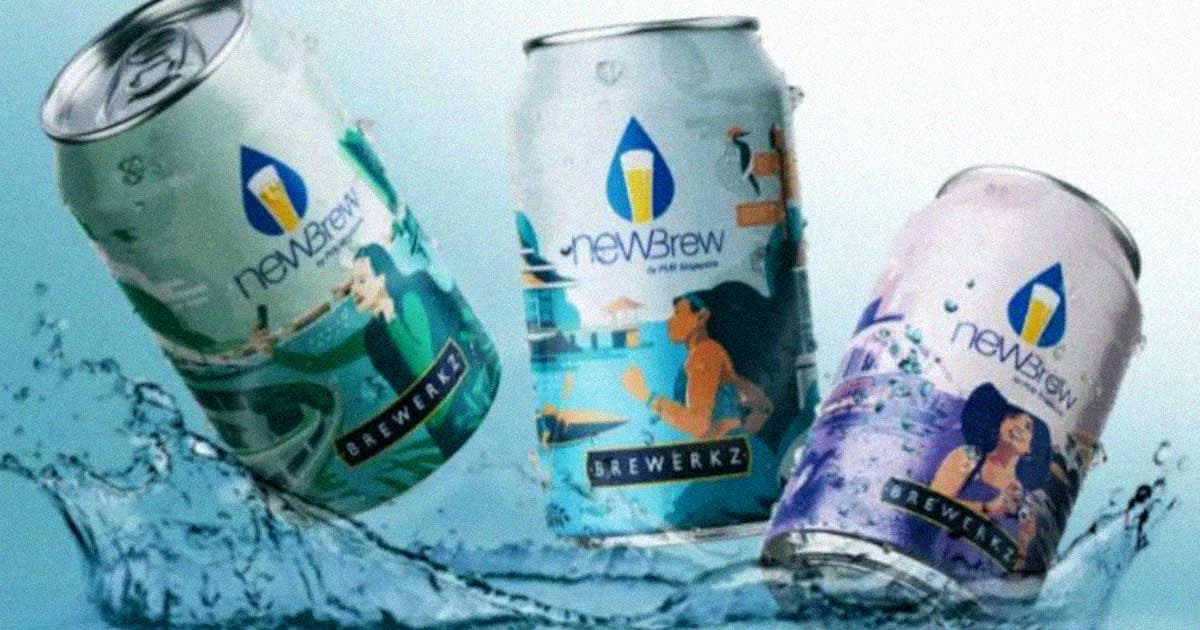 "I seriously couldn’t tell this was made of toilet water."

"I seriously couldn’t tell this was made of toilet water."

Beer lovers in Singapore have a new kind of ale to try out — if they're brave enough.

Bloomberg reported this week that a beverage called NEWBrew hit the shelves in April this year, and it's made from recycled and treated sewage water.

"I seriously couldn’t tell this was made of toilet water," one local who bought the beer and gave it a taste test told the financial pub. "I don’t mind having it if it was in the fridge. I mean, it tastes just like beer, and I like beer."

The brewery Brewerkz makes the beer with Singapore's own municipal reclaimed water, called NEWater, which Bloomberg says first left treatment plants in 2003. Repurposing reclaimed water or treated waste water has gotten a lot more efficient over the years — and it's also more necessary than ever. Cities around the globe have little to no access to clean water, and aging infrastructure in the US leaves consumers here without a consistent supply, either.

Reclaimed water isn't a new concept, but it is one that the public will have to get used to if we hope to survive the predicted water crisis humanity faces.

As long as Singapore is confident in its abilities to safely treat and reuse water, more power to them. It's also smart to highlight the product's eco-friendliness, a double whammy since Bloomberg says educating the public is part of NEWater's goal. The company also joins breweries in Sweden, Canada and the US working on their own reclaimed-water-beer.

The US has a lot of catching up to do, but the Environmental Protection Agency did say this week it created a large, interagency group focused on water reuse.

Here's to all our brews hopefully being just a little better for the environment, and hopefully tasting inoffensive in the process.

Bitcoin Ban
Another Entire Country Just Banned Crypto Mining
Jan 9
Read More
Climate Connection
Bill Gates Attempts to Explain Why He Bought More Farmland Than Anyone Else in America
3. 22. 21
Read More
Brands We Love
Listen Up, Entrepreneurs: It’s Time to Launch Your Clean Water Solution
4. 1. 19
Read More
+Social+Newsletter
TopicsAbout UsContact Us
Copyright ©, Camden Media Inc All Rights Reserved. See our User Agreement, Privacy Policy and Data Use Policy. The material on this site may not be reproduced, distributed, transmitted, cached or otherwise used, except with prior written permission of Futurism. Fonts by Typekit and Monotype.