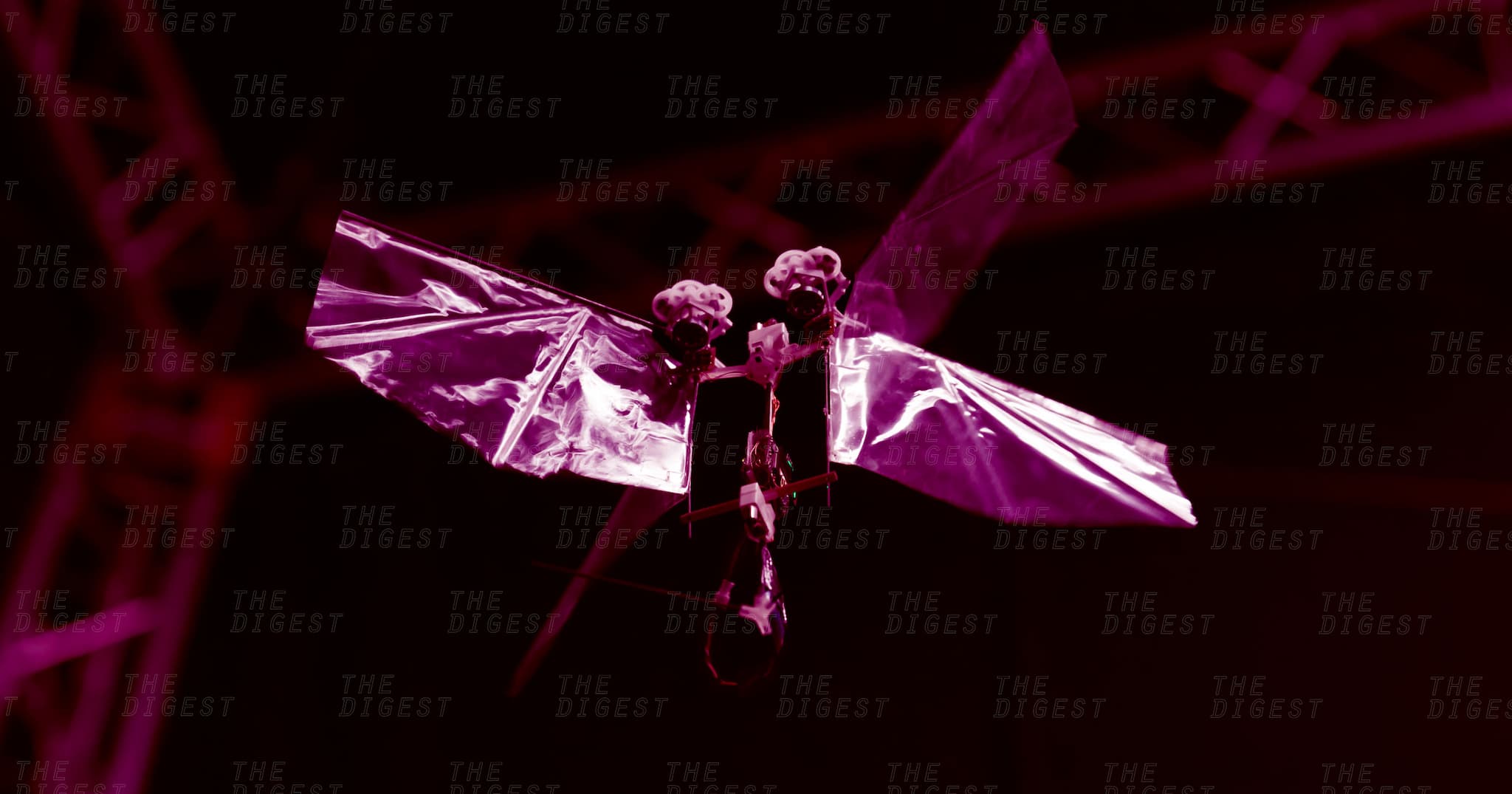 Ever seen a bat gobble up a bug, or a fly evade a swatting hand? Even the most agile fighter pilot can't match those aerial acrobatics.

Now a team of Dutch researchers has built a flying robot that uses flapping wings to bank and hover like a winged animal. It's called the DelFly Nimble, and its creators say they can program it to imitate how specific flying creatures navigate their surroundings — allowing researchers to learn about animals' flight by trying to copy it.

The DelFly, which is about the size of a ping-pong ball and weighs slightly more than a double-A battery. It uses four flapping wings to hover for five minutes or more than a kilometer on a single charge.

Its inventors at the Delft University of Technology designed it to mimic the flapping patterns of various winged creatures, from flies and beetles to bats and hummingbirds. For its first test, they programmed the DelFly to emulate the common fruit fly, which can execute rapid banked turns to avoid predators.

Previous robots that imitate the flight of small flying animals include the DARPA-funded Nano Hummingbird and Harvard's Robobee. But in a paper about their work, the Dutch scientists note that the DelFly outperforms both: unlike the Nano Hummingbird, their robot can fly autonomously, and unlike the Robobee it doesn't require a tethered power supply.

Already, they wrote, the DelFly has yielded new insights into fruit flies' rapid evasion maneuvers. In the future, they hope it will help scientists better understand how a range of animals fly, and perhaps one day let us design better human-sized aircraft.