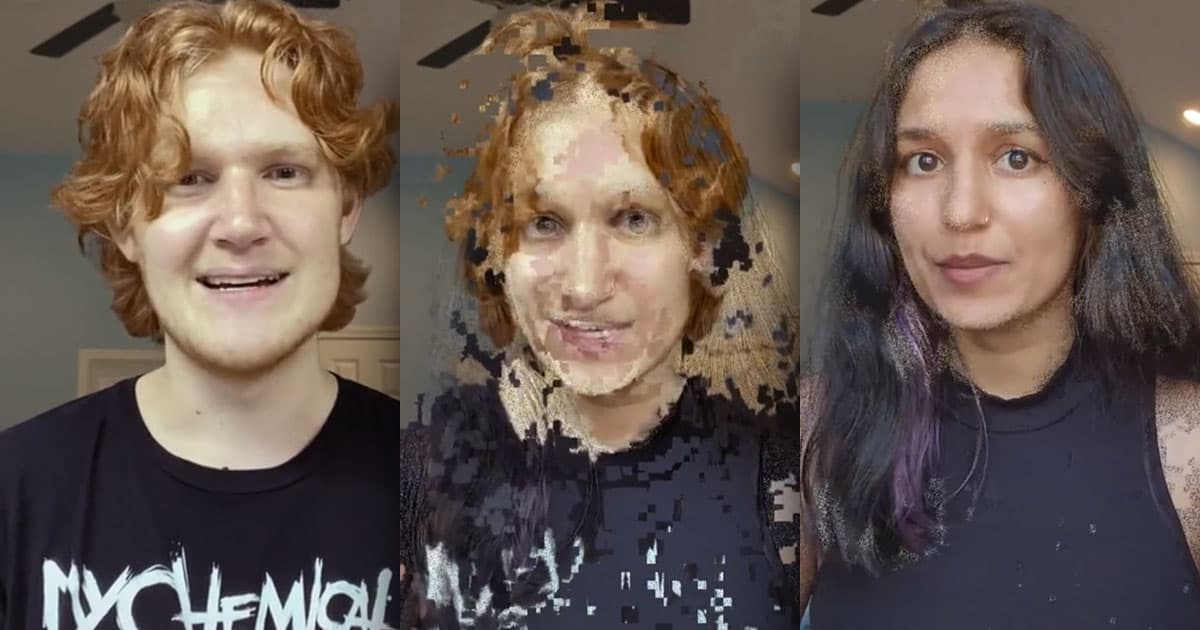 TikToker Fools Fans Into Thinking He Was Created With CGI

A college student and visual effects artist named Curt Skelton managed to convince countless users on TikTok that he was a fake character created by a different visual effects enthusiast, Input reports.

It's a fascinating and mind-bending prank that shows how difficult it's become to tell digital effects trickery from the real thing, especially given the rise of photorealistic deepfakes and AI image generators.

In a video that's been watched over 13.5 million times on the platform, Skelton claimed that he was a 21-year-old visual effects artist Zahra Hussain, arguing that he — or rather she — had used the AI-powered tool DALL-E to generate an image, which was then wrapped around a 3D frame and animated.

"Will artificial intelligence replace the role of visual effects artists?" Skelton asks rhetorically in the video. "It already has, I'm not real," the video continues, Curt's voice melting into that of another person, identified as Hussain. "Curt Skelton is a fake character I made using multiple AI-powered programs, and here's how I did it."

But the ruse proved to be just a little too convincing.

"I don’t know what to believe," one user replied.

"I am having a crisis is she being honest or not," another chimed in.

As it turns out, both Hussain and Skelton are real visual effects artists. Skelton isn't a character created by Hussain, though they did collaborate on the prank.

"He had a full idea down ready to go," Hussain told Input, referring to Skelton coming to her with the idea. "He brought me onboard with his enthusiasm."

Skelton himself has some regrets about the whole thing.

"I don’t blame the people who thought it was real," he told Input.

That's partially because it really started to escalate.

"People flooded my Instagram with comments asking if I was real — and also my girlfriend’s Instagram, letting her know that I was in fact a robot," he added.

But at the end of the day, Skelton thinks it was all fair game.

"The goal was never to trick people," Skelton told Input. "They did that to themselves."

READ MORE: How one TikToker convinced folks he was an AI-generated character [Input]