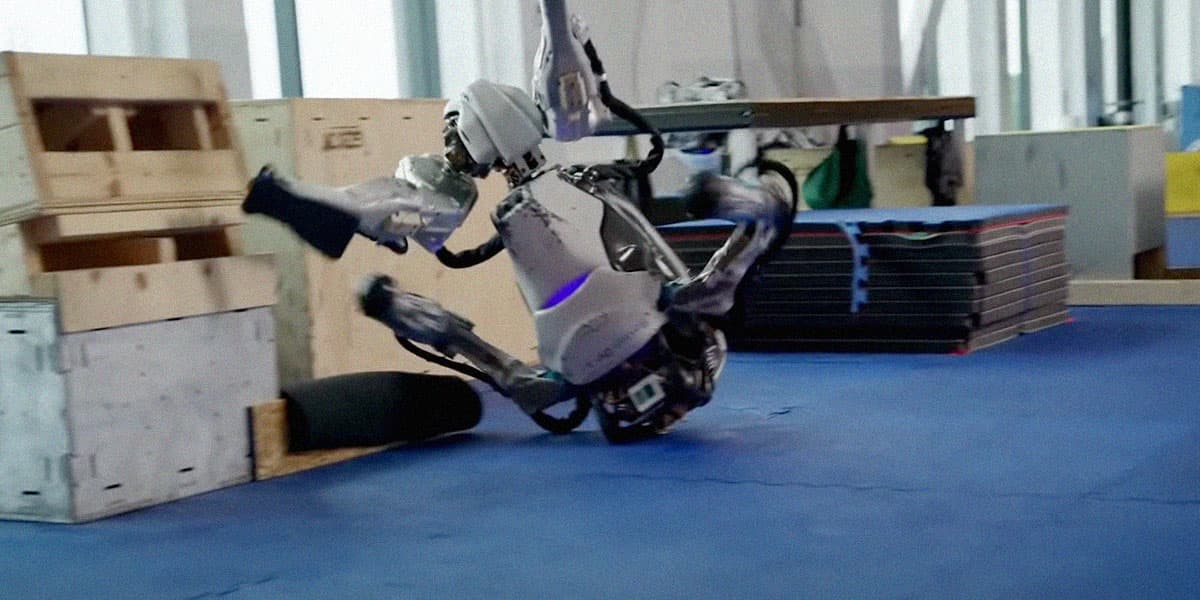 Maybe the robots will report us for thoughtcrime, but delighting in their falls is worth it for now.

Maybe the robots will report us for thoughtcrime, but delighting in their falls is worth it for now.

There's something deeply unsettling about watching Atlas, the humanoid robot from the engineers at Boston Dynamics that's walked, run, jumped, and flipped in countless viral marketing videos over the years.

It's easy to watch Atlas and other Boston Dynamics robots gyrate (the company just loves to call it "twerking") and think "well, here's how the robot revolution starts!" More likely, we'll see these robots on the battlefield or patrolling our streets either in lieu of or alongside police.

But those are problems for another day! For now, check out this highlight reel of the latest Atlas "parkour" video, cut by science communicator and actor Kyle Hill, of Atlas tripping, falling, and otherwise eating shit.

Of course, overall, the robots are impressive. They can do tricks that many humans cannot, and the fact that they ever manage to walk without collapsing is a technological marvel. For example, take a look at this more favorable highlight reel that shows the robots actually landing their jumps, flips, and turns.

The blooper reel that Hill posted comes from a longer video by the Boston Dynamics team that dives into how Atlas was built as well as how the team developed and improved the robot along the way. Again, it's cool stuff from an engineering standpoint, but let us know next time it falls down a flight of stairs.