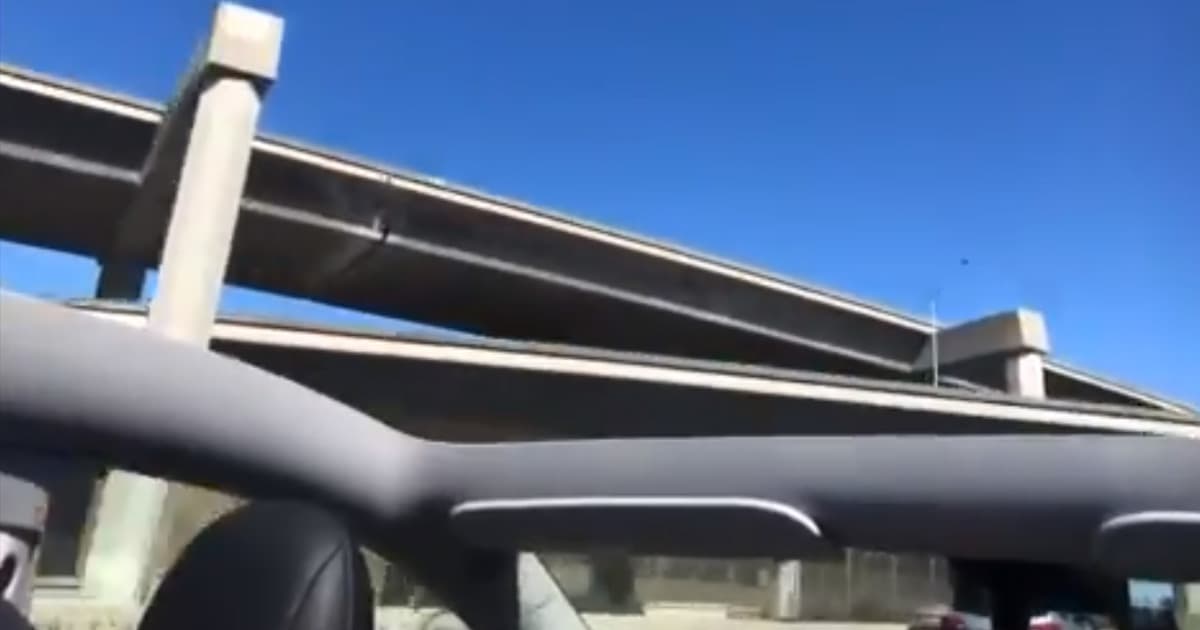 Tesla's Roof Flies Off While Driving Home From Dealership

"After a brief panic we turned around and drove the new Tesla convertible back to the dealership."

"After a brief panic we turned around and drove the new Tesla convertible back to the dealership."

We knew that Tesla sometimes struggles with quality control — but we didn't know things could get this bad.

According to a post by Redditor Indescribables, later identified as Nathaniel Galicia Chien by The Verge, a brand new Model Y electric SUV purchased by his dad lost its roof on the drive back home from the dealership.

An uploaded video shows the Tesla "convertible" bombing down Highway 238 in California.

Hey @elonmusk why didn't you tell us that Tesla sells convertibles now? Because the roof of our brand new model Y fell off on the highway pic.twitter.com/s8YNnu7m9L

"I thought maybe a window was open but a minute later the entire glass roof just blew off," Chien wrote in the post. " After a brief panic we turned around and drove the new Tesla convertible back to the dealership."

Luckily, he also had the good sense to tell the cops that there was a missing roof, likely shattered over the highway.

"Luckily, I don’t think anyone was hurt and it’s easy to laugh about it in hindsight, but this could be a serious problem if it happens again," Chien told The Verge in an email.

The dealership's manager told them that it might have been a faulty seal on the roof or that "they somehow just forgot to seal the roof on entirely," according to Chien's post.

Tesla has a bit of a rough reputation when it comes to quality control. Consumers have reported plenty of problems with the paint and trim, loose seatbelts [link?] — and even bits of faux wood from a hardware store under the hood.

Chien's father is now reconsidering if he wants to get a Tesla after all.