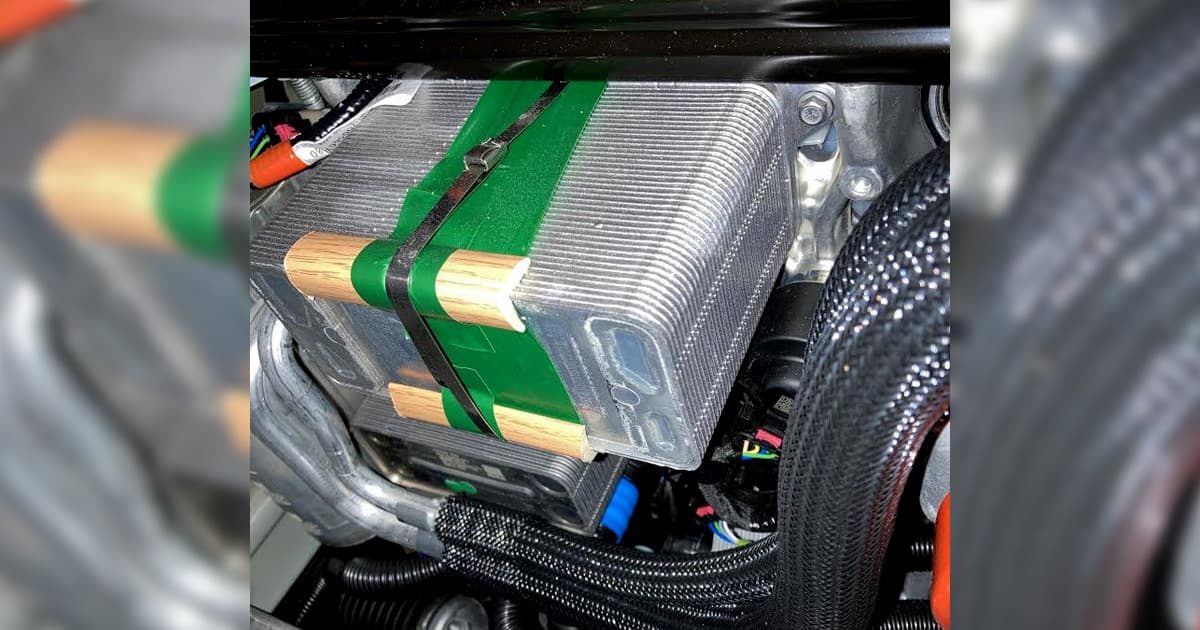 "Someone made a run to Home Depot to make Q2 numbers."

"Someone made a run to Home Depot to make Q2 numbers."

Images submitted to Tesla forums and Reddit show that some Tesla Model Y cooling systems are being patched by what appears to be faux wooden trim pieces that look like they might have been procured from the local hardware store, The Drive reports.

It doesn't exactly inspire confidence, especially considering that the vehicle starts at around $50,000 in the US.

The pictures uploaded to a Tesla forum show various cooling system parts normally tucked behind pieces of plastic in the front trunk (or "frunk," in the vernacular.) Some owners attempting to correct for badly fitted panels — an issue plaguing numerous Model Y owners — came across the strange green tape and small straps, holding in place pieces of wooden trim.

"Someone made a run to Home Depot to make Q2 numbers," a Tesla Motors Club forum user joked in the original thread.

The cooler, known as the Liquid Cooled Condenser, is only a small part of Tesla's much larger octavalve cooling system in its crossover Model Y. It's meant to cool the car's cabin, battery, and drive all at the same time, The Drive points out.

It's still unclear what the unusual wooden trim pieces are meant to do, or if they were a quick fix. Either way, they don't show up in Tesla's own parts catalog.