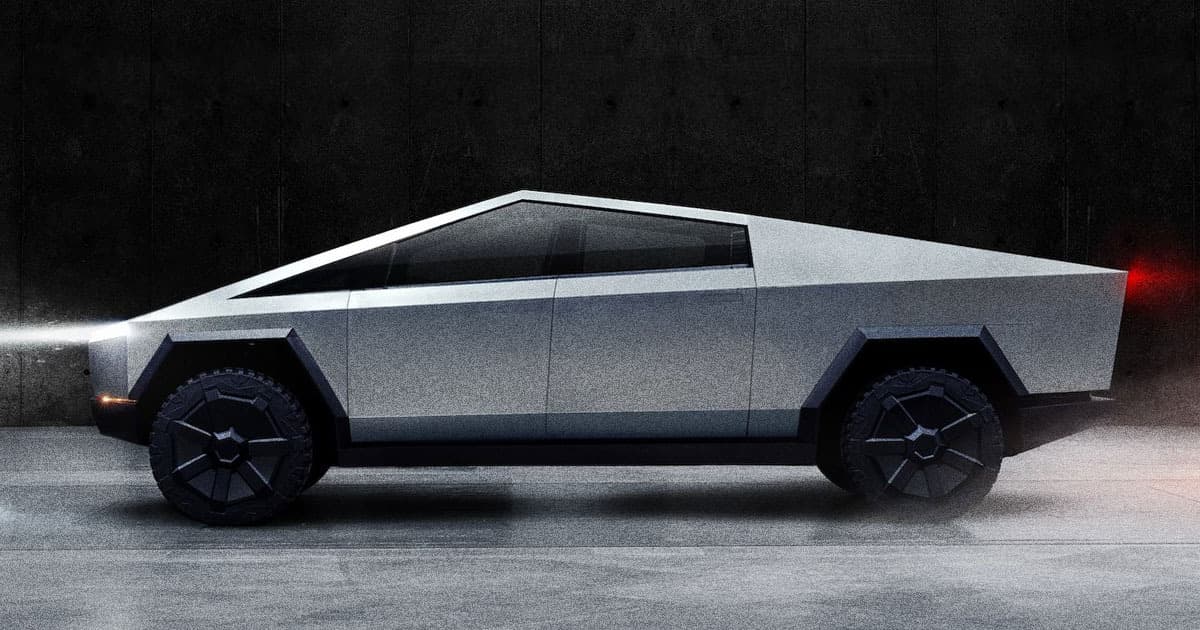 Based on a photo purportedly snapped inside Tesla's factory in Fremont, California, the electric automaker seems to be assembling at least one more prototype model of the upcoming Cybertruck.

Details surrounding the image are scarce — it was shared on the subreddit r/teslamotors Sunday by a user who didn't share any information other than that they didn't personally take the picture. But Teslarati speculates that it's a new prototype because it wouldn't make sense to drive an already-finished vehicle onto an assembly line, raising questions about Tesla's plans or a possible future demo.

There have been very few actual Cybertruck sightings since it was first unveiled in November 2019, Teslarati reports. One prototype spent some time in the Petersen Automotive Museum, and Jay Leno used one while shooting a scene for "Jay Leno's Garage." Oh, and there was the brief joyride that Elon Musk and friends took down the streets of Los Angeles.

With this new prototype — assuming that's what it is and that this was a recent picture — it's possible that we might get some more appearances or public demos of the electric truck in the near future.

The production of a prototype Cybertruck would be unusual for another reason, Teslarati reports. Normally, toward the end of the fiscal quarter, Tesla focuses on producing as many vehicles as it can to position the company better in shareholders' eyes.

Taking a break, as the end of Q3 looms ahead, would be an unusual and difficult-to-explain shift.

More on the Cybertruck: Elon Musk Spotted Joyriding Around California in his Cybertruck