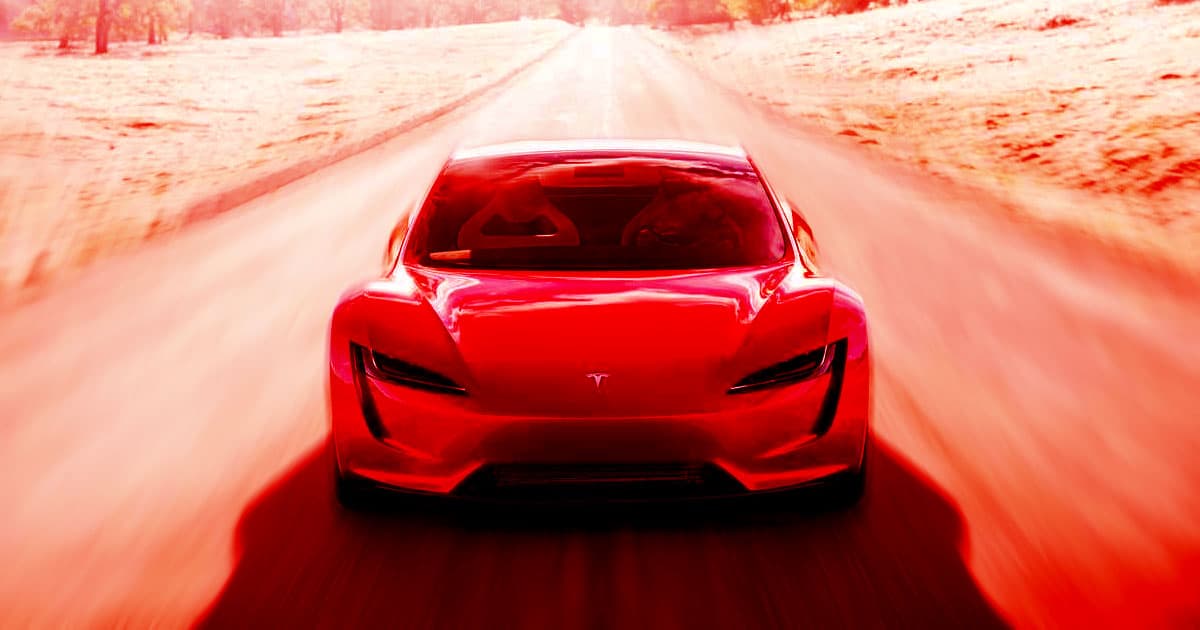 You'll have to pay extra to cross the two-second threshold.

You'll have to pay extra to cross the two-second threshold.

Tesla CEO Elon Musk just revealed on Twitter that the base model of the hotly-anticipated Roadster will accelerate from zero to 60 mph in just over two seconds "before adding rocket thruster option."

The electric car company originally announced the Roadster in November 2017 — a performance convertible that could reach 60 mph in just 1.9 seconds.

Musk also teased an optional SpaceX-inspired rocket package for the car that could further enhance acceleration and handling.

"If you have three Gs of thrust, you can go in any direction," he said on the podcast Ride the Lightning earlier this month. "You can go up and accelerate with still more than 2 Gs."

He also revealed in a January tweet that the package "will use [a] SpaceX cold gas thruster system with ultra high pressure air in a composite over-wrapped pressure vessel in place of the 2 rear seats."

Tesla has been taking reservations for the $200,000 base version and is planning to officially bring it to market by 2020 — an ambitious timeline if Tesla's production track record for new models is anything to go by.

As for the rocket package, we're sure the Federal Highway Administration would like to have a word with Musk before any such vehicle will exchange hands.

More on the Roadster: Elon Musk: Tesla Will Sell Roadster With SpaceX Thrusters in 2020